Former training partners Aleksei Oleinik and Walt Harris will face off at UFC San Antonio, but one thing Harris doesn’t have is the secret to the Ezekiel choke.

San Antonio, TX — Aleksei Oleinik and Walt Harris will finally throw down in the co-main event of UFC San Antonio this weekend, just a couple of months after they were originally set to face off. The pairing was initially booked for UFC Ottawa in May. However, when Alexander Volkov was pulled from the UFC St. Petersburg card, Oleinik — a longtime veteran of MMA who joined the UFC quite late in his career — was moved over to that event, opposite Alistair Overeem.

The short-notice fight against ‘The Reem’ (or the Demolition Man, if you prefer) went about how you’d expect a short notice fight against Overeem to go for anyone. Oleinik held his own on the feet early against the massive dutch striker, but was soon winded, and finished just before the end of the first round.

Speaking at the UFC San Antonio media day this week, Olenik told Cageside Press and other media outlets that “every time when you fight with a legend of MMA — I think Alistair Overeem is a legend of MMA — it’s a very difficult fight.”

He saw the fight as a 50-50 shot. It just didn’t go his way. Now, just a few months later, he’s back in action. Despite the quick turnaround after a loss he was finished in, however, Oleinik doesn’t see his return as too soon. “I have good condition, I have good form. I feel good. Why not? I’m ready for it.”

So he’s back opposite against Walt Harris, the former training partner he was originally scheduled against in Ottawa. It’s not as if he was dying to get the match-up back, mind you. “I don’t ask for this fight,” said Oleinik. “I don’t say yes, I don’t say no. No matter who is my opponent.” For the heavyweight with a 57–12–1 record, opponents are only names.

Sizing up his opponent, Oleinik said that “Harris is a good guy, tough guy. And he has a not bad record. Very strong, young, motivated. I think this must be an interesting fight.” And yes, “we trained together,” he said. Oleinik even taught Harris a few things that might come back to haunt him Saturday. “I a little bit teached (sic) him about wrestling defense. And other secrets. But now we fight each other.”

One thing he didn’t give up was the secret to his patented Ezekiel choke, but only because Harris didn’t ask. “If he asked, [I would have] no problem, I teach any guy.” Instead, the pair sparred a little bit, and trained “more [on conditioning] together.”

As to how he will deal with his former training mate come Saturday, “mentally there’s no problem,” said Oleinik. “Physically he’s very strong, because he played American football. I think that’s why he’s really strong, physically very strong.” 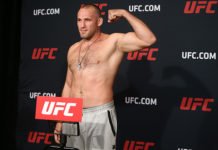 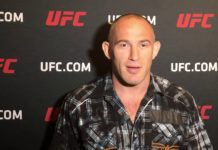 UFC 249: Size of Next Opponent’s Name Most Important for Aleksei Oleinik 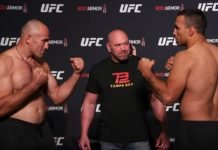