Top seed Sadibou Sy was looking to follow up his big season opener against Glaico Franca at PFL 4 2019 on Thursday night. It didn’t go his way, as Franca finished him late, coming out of the fight with 10 points.

Sadibou Sy is one of the hot commodities of PFL. Sy came into last season at 6-2 with four knockouts. Sy earned the fifth seed of the middleweight tournament with six points from a knockout against Caio Magalhaes. After a draw sent him to the second round of the playoffs, he was defeated by eventual runner-up Abus Magomedov. He got off on the right foot this season with a body kick KO against David Michaud to earn six points.

Glaico Franca is one of the top additions to the PFL roster this season. The winner of The Ultimate Fighter Brazil 4 went 1-2 in the UFC, falling to upper-tier lightweights James Vick and Gregor Gillespie. Franca is undefeated in seven fights since then, winning both the Aspera FC and Pancrase welterweight titles. The Brazilian made his PFL debut in style, winning by first-round rear-naked choke and earning six points.

Franca pressed forward on the taller Sy early in the final prelim fight, and the pair made a lap of the cage as a result. Franca would fire off a leg kick that fanned; Sy’s in response landed low. A takedown attempt by Franca followed. Sy would go upstairs with a kick, and follow that up with a couple of punches. Along with inside and outside leg kicks, his jab was going, but Sy wasn’t putting together combos just yet. Franca, meanwhile, seized the moment to shoot for a takedown, and nearly hoisted his opponent up. Sy, however, proved to have some tremendous balance. He’d frustrate Franca to the end of the round, and for the first time Thursday, the action went to a second.

Franca shot in early in round two, taking down Sy and moving to half-guard. With Sy along the fence, Franca was able to move to mount, but initially was unable to find space to make much happen. Sy would lodge his toes in the fence, only to have the ref knock them free. Sy couldn’t seem to wall work, but what he could do was sweep, coming out on top and launching a few punches while the crowd roared. Franca worked his way up, and would shoot for another takedown, but he was fading.

In the third, Franca scored the takedown early; Sy nearly reversed, but Franca managed to regain control. After Franca secured a fair amount of control time, Sy managed to work his way up by the fence, only to be taken down again. A third sequence had Franca dumping Sy on his back, and in a fight with two rounds heavy on grappling, Franca’s control time was making the difference. With ninety seconds left, Franca was in control, and in mount again. He landed a few shots from the top, switching to hammer fists. A little Donkey Kong style offense, and the ref called it off!

The third round finish earned Franca a total of 10 points, a playoff spot, and possibly the top seed as well, depending on how the rest of the night played out. 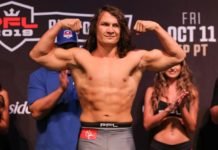 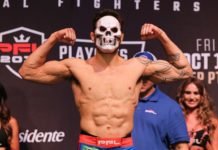 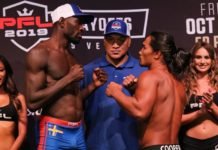 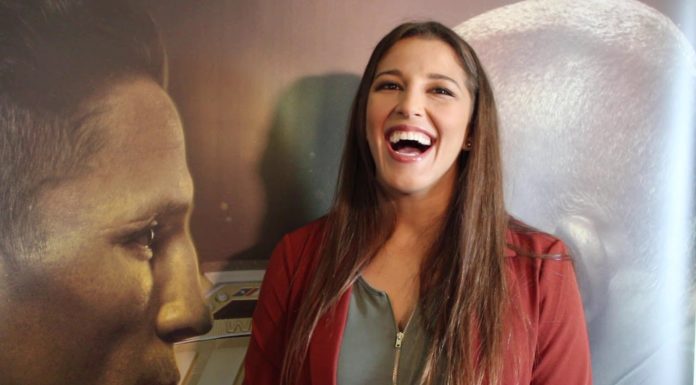 Welcome to the UFC: Spike Carlyle