We caught up with Tony Ferguson at the UFC Hall of Fame Induction Ceremony during International Fight Week, and he gave his thoughts on what he’d need to do to have his name called one day.

Las Vegas, NV – Tony Ferguson is continuously getting closer and closer to that elusive title shot, and after a big win over Donald Cerrone, he seems to be on the doorstep once again. We caught up with “El Cucuy” at the UFC Hall of Fame Induction Ceremony this week.

Tony Ferguson is on a historic run currently, but has yet to fight for a title. With that in mind, he believes a lot more wins could net him a spot in the Hall of Fame.

“Shit, 12 in a row? Nah, we need at least eight more for that. Give me more and maybe I’ll reach the Hall of Fame.”

UFC 242 is headlined by a lightweight title fight that Ferguson will surely have his eyes on, but he’ll be pulling for one man in that bout.

“Give me Khabib. We’ve got a lot of unfinished business. I’ve got a couple of punches to his stomach waiting for him so he can pee a little blood.”

Tony Ferguson is getting more and more comfortable with as time goes on, and that comes from recognizing that this is all fun.

“It’s entertainment. If you can’t have fun with it, you’re going to get bored of it really quick. I’ve been in the UFC since 2011, fighting since 2008, I’ve been competing since, f**k, since I was really little. You can’t help but to have fun and get bored then show a little personality eventually. The more personality, the better it is. The fans love it, they f**king love it when you’re out there whooping somebody’s ass and you’re smiling all bloody. We’ve seen the pictures. I dig it. It’s fun.”

With the Hall of Fame induction ceremony, Ferguson’s career-defining moment is a loss, oddly enough.

“How about the fight with Michael Johnson when I broke my arm. I broke it in the middle of the fight and it was fight or flight. I knew it was broke, and I was like, ‘F**k this, I have to fight. I have to go through the rest of the fight.’ I told my coach to put the ice on it, and it was one of those mental things that I had. I already knew I was going to lose the fight in the fight. But I knew in my head what I was going to have to do to get back to that nice record I had. So take a look at me now. It’s like round robin. You don’t win 12 fights in a row unless you’ve lost along the way.”

Tony Ferguson is back in action and is looking for another fight by the end of 2019 after returning in a huge way with a stoppage against Donald Cerrone at UFC 238. It all depends on him finding a dance partner willing though.

“Abso-f**king-lutely. If somebody gets a pair of balls and they want to sign on the dotted line, let’s bring that s**t. But we have to make sure to bring the title with it.” 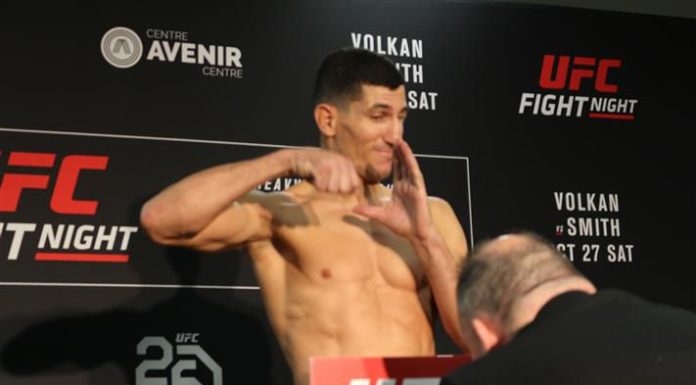