The legendary Fedor Emelianenko will have one last run in mixed martial arts, as he’s signed a new deal with Bellator MMA that will see him on a farewell tour.

Among the big news emerging from Bellator 222 in New York City, including the retirement of Chael Sonnen, came word that heavyweight great Fedor Emelianenko had signed a new contract with the promotion. Bellator CEO Scott Coker broke the news at the post-fight press conference inside Madison Square Garden following the event, with reporters including Cageside Press in attendance.

“We were able to sign Fedor to another multi-fight contract,” Coker announced. “This will be his farewell tour. We will fight two fights in locations we haven’t been before. It will be a multi-city, multi-continent, around the world tour.”

Two fights in new locations, and likely a fight or two in familiar territory, although Coker did not specify the exact number of fights in the deal. That said, it’s all about saying goodbye to the legend.

“I think this will be his farewell song. I’m looking forward to seeing Fedor fight in the fall,” said Coker. “Location hasn’t been determined, but we’ll have something shortly.”

“To me Fedor is the greatest heavyweight fighter of all time. He’s been a pleasure to work with, I consider him a friend. And for him to end his career here at Bellator, it makes me very proud, very honored,” the longtime fight promoter added, before giving the floor to the legend himself.

Fedor, via translator, thanked the press for coming, and added “as Scott said, we were able to sign a multi-fight deal, which will have me fighting in new markets, and hopefully will take Bellator to new markets. I’m very excited about that.”

“As far as our relationship, there is not a more honorable man in this business than Scott Coker, and I’m very happy to be working with him. And just overall, very happy.” That’s a glowing endorsement for Coker from one of the best of all time.

In the meantime, who Fedor might fight next will be left to speculation. Emelianenko (38–6 (1)) is 2-2 in the promotion, with wins over Frank Mir and Chael Sonnen sandwiched between losses to Matt Mitrione and Ryan Bader, the latter in the heavyweight grand prix finale. The 42-year old Russian retired in 2012, only to return to action a few years later. 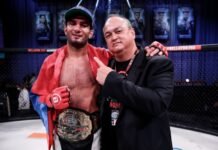 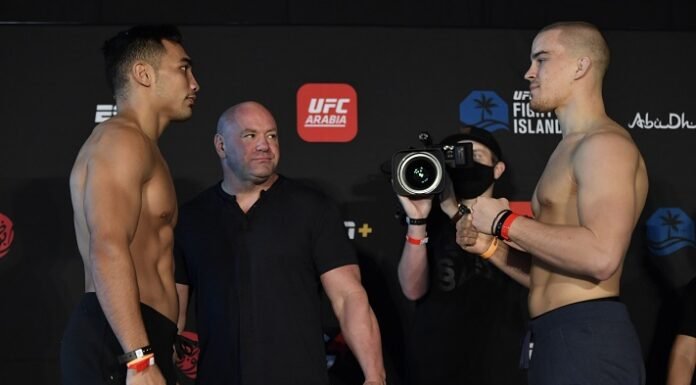