The UFC’s inaugural trip to Uruguay is starting to take shape, with a handful of fights added to the card on Friday.

The official announcement of UFC Uruguay (UFC Fight Night 156) has brought with it news of several more fights. On Friday, the promotion revealed while announcing the ESPN+ event that strawweights Tecia Torres and Marina Rodriguez would throw down at the show. Also added to the docket, flyweights Rachael Ostovich and Veronica Macedo. As was a men’s featherweight bout featuring Enrique Barzola and Bobby Moffett.

The fights join a handful of previously reported match-ups:

Rodolfo Vieira is also expected to make his UFC debut against Oskar Piechota at the event.

Looking at the latest additions, Tecia Torres (10-4) finds herself in dangerous territory. A three-fight losing streak has dropped her from title hopeful to potentially fighting for her job. ‘The Tiny Tornado’ consistently entertains, but has come up short against Jessica Andrade, Joanna Jedrzejczyk, and Weili Zhang in her past three outings.

Of course, the other way to look at it is that Torres has lost to the champ, the former champ, and the next title challenger at 115lbs. But MMA is ever so what-have-you-done-for-me-lately.

Marina Rodriguez, meanwhile, retained her undefeated record (11-0-1) with a win over Jessica Aguilar at UFC Philadelphia in her most recent trip to the octagon. The lone “blemish” on her record was a draw with Randa Markos, in Rodriguez’s promotional debut.

Over in the women’s flyweight division, Rachael Ostovich (4–5) returns after a loss to Paige VanZant at UFC Brooklyn earlier this year. That fight came amidst a scary domestic violence situation that led to Ostovich’s husband being arrested and charged.

Returning against Veronica Macedo (5–3–1), one can only hope the unfortunate distractions are behind her. Macedo, meanwhile, is on a three-fight losing streak. That dates back to 2016. The Venezuelan has never won in the UFC.

Finally, Bobby Moffett (14-4) meets Enrique Barzola (15-4-1), with both men coming off single losses. Barzola, a native of Peru, should have the South American fans in his corner. 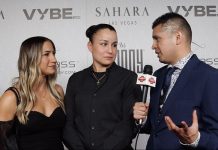 UFC: Raquel Pennington Believes A World Title Shot Is “Right Around the Corner”