While her return to the octagon at UFC Brooklyn next month approaches, Rachael Ostovich is still coping with the aftermath of a serious domestic assault incident. That incident, allegedly at the hands of her now estranged husband Arnold Berdon, took place last month at the couple’s residence in Hawaii. A horrific situation that saw Ostovich suffer serious injuries including a broken orbital bone, the assault made headlines around the world. The flyweight, a former Invicta FC fighter who appeared on The Ultimate Fighter 26, is scheduled to face Paige VanZant when she gets back in the octagon.

However, fans were reminded of how close she came to even worse harm when Hawaii News Now released excerpts of a video, taken by a witness, during the incident last month. In the video, a man identified as Berdon can be heard threatening to murder Ostovich.

“You’re so f*cking pretty, you can get anybody you like” the enraged male voice on the recording, believed to be Berdon, can be heard yelling. Following the incident, Berdon had dropped hints on social media suggesting the attack was in retaliation for infidelity, including liking posts by users on Instagram suggesting as much. It appears, with that in mind, that Berdon flew into a jealous rage the night the incident transpired.

“I’m going to murder you. I’m going to f*cking murder you,” he can be heard threatening later in the clip. What sounds like a punch landing can also be heard.

Still later, video shows Ostovich escaping the house, scaling a veranda and fleeing to safety in the night, naked. She would later tell police that the assault was not the first time Berdon had been violent with her.

Per Berdon’s attorney, the pair are in the process of getting a divorce. Berdon has been granted supervised visits with the couple’s daughter. However, the question that has arisen due to the release of the video surrounds the charges Berdon is facing. Although arrested for attempted murder, prosecutors downgraded the charges to second degree assault. That has victim’s rights groups and others questioning the move, given the suspect can be heard clearly threatening to murder Ostovich.

Berdon has entered a not guilty plea in the case though he is undergoing domestic violence counseling. His trial is expected to commence in January. Ostovich has obtained a restraining order against him. 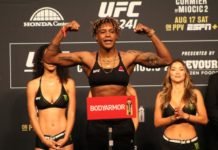 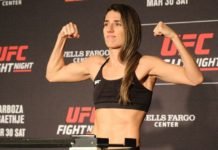