Invicta FC has released the full card for their upcoming Invicta FC 35, which will be topped by former Ultimate Fighter competitor DeAnna Bennet taking on Karina Rodriguez.

As was announced during the Invicta FC: Phoenix Rising 1 card earlier this month, the promotion is back in action in June. Going down at the Memorial Hall in Kansas City, Kan. on June 7, Invicta FC 35 will be headlined by DeAnna Bennett taking on Karina Rodriguez in the flyweight contender tournament final. In addition, the promotion revealed the full card in a press release Tuesday.

Bennett and Rodriguez have met once before. The pair clashed at Invicta FC 28, with Bennett earning the win via split decision.

The full card can be found below:

Invicta FC 35 will stream exclusively on UFC Fight Pass. The event kicks off at 7PM CT. 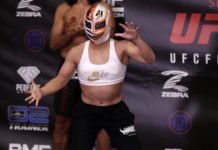 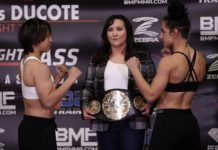