With USADA troubles behind him, Sean O’Malley has been set to face Marlon Vera at UFC 239 in Las Vegas this July.

The ‘Suga Show’ wanted to fight in Vegas during International Fight Week, and it seems he’s getting his wish. On Thursday, ESPN’s Ariel Helwani was first to report that Sean O’Malley has been booked to face Marlon Vera at UFC 239 in July. The show is the crown jewel of the UFC’s summer schedule, and is topped by Jon Jones taking on Thiago Santos for the light heavyweight title.

O’Malley (10-0) was just recently handed down a retroactive suspension by USADA for use of a supplement containing ostarine, a banned substance under the UFC’s Anti-Doping Policy. With the suspension backdated to last year, however, he’s in the clear to return. O’Malley has not fought since defeating Andre Soukhamthath in March 2018. He had been booked to appear at UFC 229 in October, but a positive drug test leading to the aforementioned suspension scrapped that.

To date, however, O’Malley has been the biggest star to come out of Dana White’s Tuesday Night Contender Series, and it’s clear the UFC remains bullish on the featherweight.

Meeting him in the octagon at UFC 239 will be Marlon Vera (13-5-1), who entered the promotion via The Ultimate Fighter: Latin America. Vera has picked up three straight wins in the UFC, having his hand raised over Frankie Saenz most recently.

UFC 239 takes place July 6 at the T-Mobile Arena in Las Vegas, NV. The main card will air exclusively on PPV via ESPN+ for viewers in the U.S. 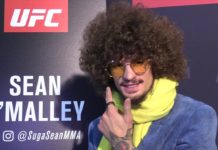 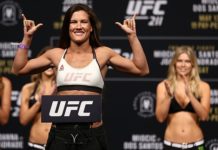 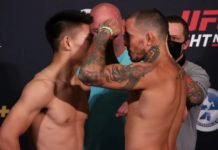