Don’t miss any of the highlights from the final ONE Championship card before the monumental A New Era later this month.

ONE Championship was in Malaysia over the weekend — though without dual-weight class star ‘The Burmese Python’ Aung La N Sang. Instead, the Asian MMA powerhouse brought Zebaztian Kadestam, who defended his welterweight title against Georgiy Kichigin, earning a TKO at the end of the second round when the challenger could not answer the bell. Elbows in the second did him in, and Kadestam had his first title defense.

Results for the full card are below. Meanwhile, check out a gallery of highlights courtesy of ONE Championship!

ONE Championship — Reign of Valor Results: 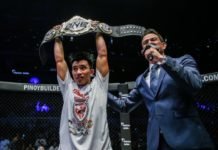 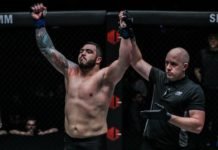