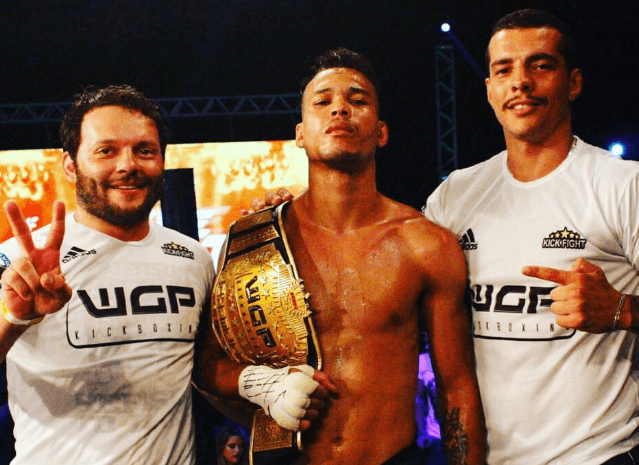 Anderson Ferreira had a tumultuous start to his MMA career, but as one of the top prospects in Brazil, he is getting closer and closer to reaching his goals.

Born and raised in Bragança Paulista, a countryside of São Paulo state, Anderson Ferreira was brought into this world on March 4, 1990. At a young age, Ferreira was a very troubled kid getting into many fights and he would explain how his past is the reason he carries the nickname “Buzica”.

“When I was young I was very, very naughty. I would be fighting all the time, and my brother’s nickname was Buiu and I was nicknamed Zica. In Portuguese, Zica means something like misfortune. I would always be behind my brother and people in the neighborhood started calling me little Buiu, or Buiuzinho. Then they started mixing our nicknames and calling me buiuzika which eventually got to Buzica, and that one stuck. So today I carry that with me with a lot of pride, Anderson Buzica!”

As a kid, Buzica had a strong passion for kickboxing and as that was his ambition he had to hear something a young kid with a dream never wants to hear but he didn’t let that stop him.

“Kickboxing was always a passion of mine since I was a kid. I always wanted to be a kickboxer but I had an issue with my heart and the doctors told my family I shouldn’t do any physical activity. One day, I just decided I wanted to and I was going to train and go against medical advice, so I started to train kickboxing without my parents knowing. There I knew it was the path for me. I always wanted to be the best I could. I was the best in my gym, then my city, then the state, and now I believe I am the best in my country. The next step is to work towards being the best in the world. That is my only obsession. My biggest accomplishment is being recognized where I go and that’s a major thing for someone who had no hopes of becoming anything, even more in the sports world.”

In 2012, Anderson saw fellow Brazilians at the top of the mountain in MMA, prompting him to try out the sport himself.

“I started to train MMA when the big MMA boom was going on over here in Brazil, with names like Anderson [Silva], [Jose] Aldo and [Renan] Barão was on the top of the game. So I decided to give it a try on this new style.”

More so every year you will see fighters from other disciplines relocate to MMA from wrestling, football, Muay Thai, judo, and kickboxing among others. For many, it’s tough to get the hang of a new sport with only limited skills and Ferreira explains that.

“My transition was very, very tough. I was in a time where my team was mostly of grapplers and they really put me to the pace and every class I would be flying all over the place being thrown by them. I had to change so much, even the way I walked and paced myself in combat in order to adapt to a more MMA-efficient game. It was very tough, but I am very thankful to all of them. I always look for the finish and that usually in my case means a KO. But being able to pull a submission is for sure a great sign that I can surprise people with other things.”

Behind every great fighter is a good team, and Ferreira trains with WGP Kickboxing Champion Diego Gaucho, who was on Dana White’s Tuesday Contender Series: Brazil last summer. Master Munil Adriano took in Ferreira and helped him so much as a coach and a friend in life. 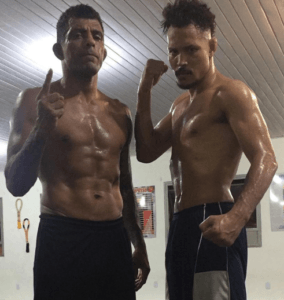 Ferreira fought at 145 at the beginning of his career and would later move up to 155. Many fighters nowadays lack knowledge of their weight cut, even on the bigger stages such as the UFC. Ferriera, though, doesn’t have an issue with his weight cut.

“It’s not very tough. I walk around at 165-pounds when I’m not getting ready for a fight, so the cut is very easy on me to lightweight. I have very little body fat on me and I am pretty tall. To cut to featherweight, I have to go on a much more severe diet and finish it dehydrating myself, but I believe I am at my best at lightweight.”

Thus far in his MMA career, he feels he is one of the best lightweights around while fighting through many injuries.

“Things have been going well in my MMA career. People seem to like my style and the longer the fight goes, the more aggressive I get and it seems to work well with the fans. My coach always has to help me control myself in fights so I don’t get too carried away. I am considered one of the best prospects at my weight class so that is great. I made all the efforts of fighting injured with a broken hand, sprained knee and all that. I believe that makes me a proper fighter, I really live to fight!”

Ferreira is currently 12-1 and plans to move his win streak to 13 on February 22 at Future FC 2 in Indaiatuba, São Paulo, Brazil. Standing across the cage from him will be Ismael Bonfim who is 12-3 and on a six-fight win streak. Ferreira knows this is a huge fight for him with a lot to gain and so much to lose.

“Ismael is a very good athlete, I hope he comes in prepared because I am working my ass off to be at my best. It was good matchmaking as he is in a similar situation that I am in Brazil, and I believe this is a crossroads in my career, beating him will put me in a very good place and a loss will set me back quite a bit. The real big winner in this fight will be the audience, that is guaranteed.”

With a win, Ferreira has huge at maybe signing with a big promotion. While the UFC is still on the top of the heap, you have other big promotions such as ONE Championship, ACA, RIZIN, Bellator, and more. After asking if the UFC is his goal, his response was easy.

“Yes, the UFC is the biggest dream. Even to just get one fight in and have my name called to the Octagon would have made all the work that was done by me so far worthwhile.”

Lastly, I asked Ferreira why he chooses to fight for a living, his response:

“I believe fighting chose me, I dream at times that I had been a gladiator in past lives. I had no chance of being a fighter acording to the doctors, but here I am. I believe this calling comes from a stronger place, maybe something in my past. I live to fight and I fight to live, I really identify with so many warriors of the past, the vikings for example who faced death in combat as an honor.”

Also, fight-lovers, if you’re also a video gamer Ferreira is a PS4 aficionado. Add him on PSN at andersonbuzika. 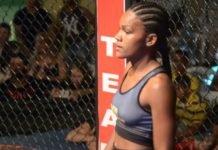 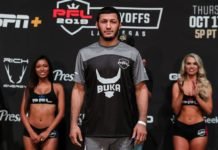