Bellator MMA kicked off it’s European fight series on Saturday with Bellator: Newcastle. Not a numbered Bellator event, the Newcastle card still packed some star power, with Patricky Pitbull taking on Ryan Scope atop the event. Aaron Chalmers was also on the card, with the Geordie Shore star taking on Corey Browning. While not the most known name out there, Browning made waves by defeating ‘Baby Slice’ Kevin Ferguson Jr. last year.

Prior to the main card action, airing on the Bellator App and Channel 5 in the U.K., the preliminary card was available also via the Bellator App, with fights getting underway at 3PM EST. Check below throughout the evening for updated results from the early action at Bellator: Newcastle! 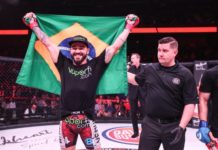 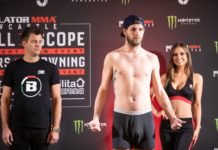 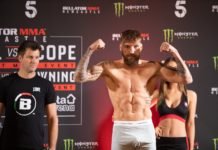