What can be said about the Bellator World Heavyweight Grand Prix that hasn’t already been written? Was it a perfect tournament? No. Did it live up to the memory of the Strikeforce Heavyweight Grand Prix, Scott Coker’s previous tournament for the big men? Not really. Yet when Ryan Bader and Fedor Emelianenko clashed at Bellator 214 on Saturday, it came with the realization that, despite an uneven roster of stars and the absence of some key heavyweights, the grand prix did what it was intended to do:

It revitalized Bellator’s heavyweight division. It gave up one more moment of classic Fedor, knocking out Frank Mir. It got people talking.

Could you have asked for more? Sure, but in a field made up of nearly half light heavyweights, it would be asking a lot. Rampage Jackson, King Mo, Chael Sonnen, and of course Bader were in the tournament, when Justin Wren, Bobby Lashley, Cheick Kongo, and others were not.

Still, Fedor vs. Bader is as legit as they come, especially with Bader defeating top-seed Matt Mitrione on his way to the finale.

When it came down to the fight, well, it was over quick.

The pair circled early, with little action until Ryan Bader stepped into a punch with his full weight behind him. It landed, and Emelianenko went down! One follow-up strike, but Fedor was out of it. The left hook put him down, the right hand while he was down put him out. A dejected Emelianenko sat, bleeding, against the cage afterward, while Bader celebrated earning his second world title — and holding both simultaneously.

A stunning finish, perhaps. But after knocking out King Mo in fifteen seconds, perhaps Bader’s quick work Saturday isn’t so surprising. Now, the question is, what’s next? Post-fight, Bader told Big John he hopes to defend both his titles — something his counterparts in the UFC have yet to really manage. 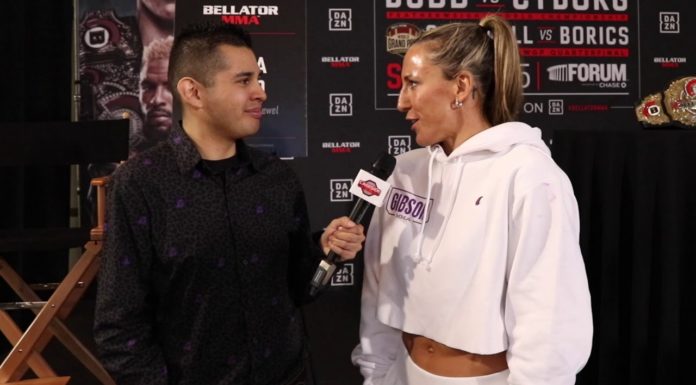