UFC Brooklyn performed both in the cage and on ESPN+ per a press release from the network indicating strong fan interest in the event.

The UFC’s tenure on ESPN+ is off to a good start. After an action packed event at the Barclay’s Center on Saturday, the UFC had plenty to be proud of. UFC Brooklyn / UFC Fight Night 143 / UFC on ESPN+ (they really need to get the naming convention down) was a stellar night with big wins from Henry Cejudo, Joanne Calderwood, Paige VanZant, and Donald Cerrone, among others.

On Sunday night, the news got even better. In a press release, ESPN announced that the event smashed records for their streaming service. In particular, ESPN+ picked up 568,000 new subscribers on Friday and Saturday combined. 525,000 of those came on Saturday alone. In short, where the UFC goes, fans follow.

That number represents the largest influx of subscribers the service has seen to date. Saturday, of course, set the single-day record.

As for the preliminary card, “The telecast averaged a 1.4 metered market rating, making it the highest-rated UFC Fight Night Prelims on cable since at least 2013,” ESPN boasted Sunday.

“Our first UFC Fight Night on ESPN+ was a thrilling evening of action and a great success, with a record-setting night that continued the momentum for ESPN+, delivered strong ratings on ESPN and marks a great start to our new agreement with the UFC,” said Kevin Mayer, Chairman, Direct-To-Consumer and International, The Walt Disney Company. “It was a milestone evening, with the success driven by outstanding joint efforts from the teams at DTCI and ESPN.”

Wait, now it’s UFC Fight Night on ESPN+? Anyhow, that records didn’t stop there. 1.8 million unique visitors hit up ESPN’s digital platforms looking for MMA related content on Saturday, including ESPN.com and the ESPN app. That’s not exactly surprising, since it was the first UFC event on the network, but the number is still impressive. And it’s the largest number of visitors ESPN has had seeking out mixed martial arts content. 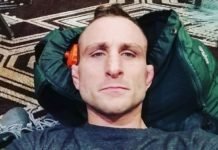 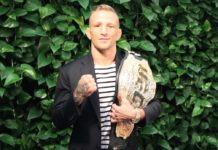