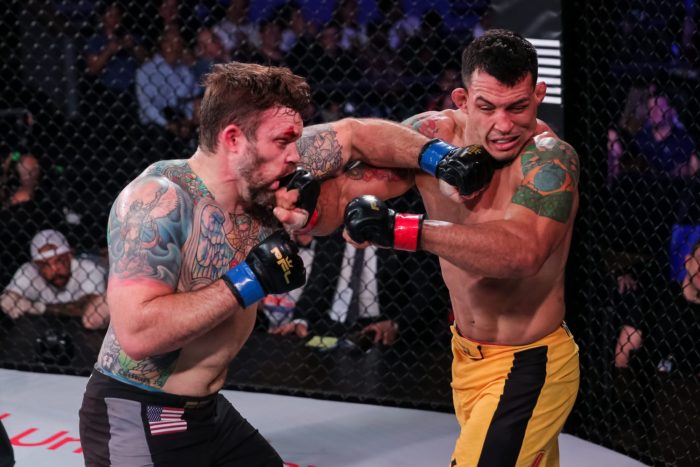 Sean O’Connell was beyond impressive at PFL 11, dominating Vinny Magalhaes with constant power punches en route to a corner stoppage.

Sean O’Connell was 1-1 in the regular season for PFL, earning him a sixth seed in the tournament. At PFL 9, O’Connell won two fights to earn him a spot in the finals. Last year, he was mulling retirement, and now he’s on the brink of being a millionaire.

Sean O’Connell started throwing bombs right away that forced Magalhaes to start working his submission game. Magalhaes went for a leg, but O’Connell defended well and worked his way back to the feet. O’Connell caught Magalhaes with haymakers, and Magalhaes dove in for a desperation takedown. O’Connell stuffed the takedown but it gave Magalhaes enough of a window to look for an armbar. O’Connell escaped again, but ate some shots on the feet before another submission attempt by Magalhaes. The heel hook wasn’t there again and O’Connell started taking over as time expired.

Magalhaes landed a head kick to start the round, followed by a combination and another head kick that stumbled O’Connell. He fired back hard and knocked down the Brazilian, but he was able to survive in guard and stand back up. It was all O’Connell now as the fight became a cycle of combinations from O’Connell and desperation takedowns from Magalhaes. Over and over again Magalhaes was rocked and shooting a takedown that had no chance. The round came to a close with Magalhaes on his back, and the referee called the fight in between rounds.

Sean O’Connell decided to retire on top with a daughter on the way. A storybook ending to an entertaining career. 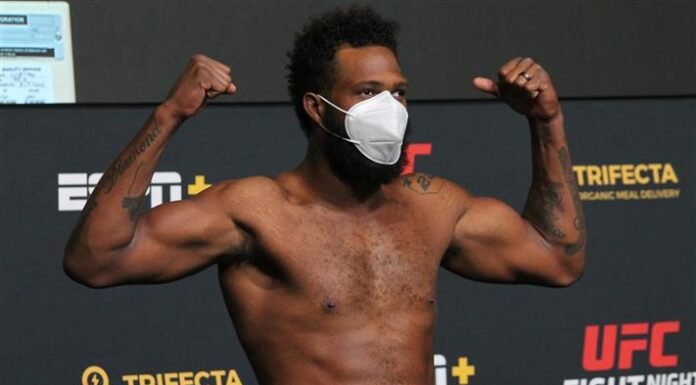 Welcome to the UFC: Pat Sabatini