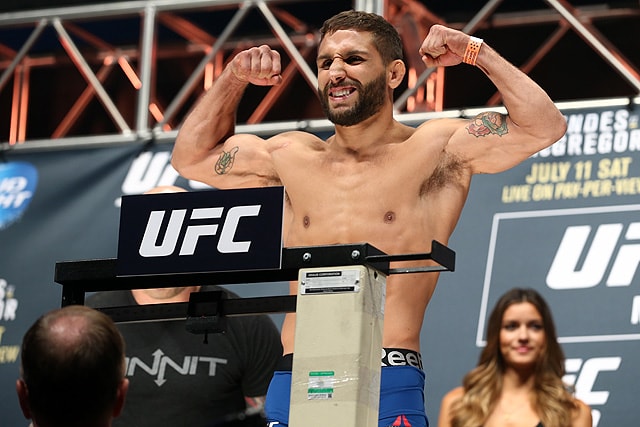 UFC 232 was the official coming out party for Alex Volkanovski, who took out longtime contender Chad Mendes in the second round.

Alex Volkanovski is one of the top prospects in the UFC, owning an 18-1 record and dominating each opponent he’s faced in the Octagon thus far. Chad Mendes is a fight removed from a two-year suspension, but has always been one of the greatest featherweights in the world.

Volkanovski landed a left and right hook, then went to the body with a jab. Mendes dug in with a double leg takedown and got it, but Volkanovski was able to pop up immediately. Mendes landed an uppercut on the way up, then a pair of punches shortly after. Volkanovski came forward with jabs and the round came to an end.

Volkanovski started the second round with a head kick that was blocked, then both fighters traded jabs. A hard right and left hook landed for Volkanovski, then Mendes rocked him with a haymaker. Mendes pushed forward, knocking down Volkanovski, but the Aussie recovered quickly and pursued Mendes. Mendes ate some shots, then took Volkanovski down in the center of the Octagon. Mendes quickly transitioned to his back, but Volkanovski rolled out before Mendes could lock in a choke. Mendes was visibly tired after Volkanovski escaped, and the Aussie took full advantage. Landing body shots and hooks, Volkanovski put down Mendes and that was all she wrote.

Cody Durden ‘Peaking at the Right Time’ Ahead of Drop to Flyweight at UFC...