This year, MMA fans will be treated to a trove of action with the UFC, PFL, and RIZIN all celebrating the start of 2019 with blockbuster events.

First, the action will get started 48 hours earlier with the UFC’s annual New Year’s Eve weekend show.  With what might be considered the most controversial show in the company’s history, this year’s event will feature the return of pound-for-pound great Jon “Bones” Jones as he looks for redemption in what has become an embattled career in recent years.  Opposing him will be Alexander Gustafsson, whom he fought five years earlier in what many consider one of the best fights in the history of the sport.  After coming up short twice in title fights, Gustafsson has plenty of motivation to change the narrative of his career from underachiever to world champion with a win over his old rival.

If that wasn’t enough, two of the best female fighters of the modern era will compete as bantamweight champion Amanda Nunes moves up to take on featherweight powerhouse Cris “Cyborg” Justino.  Cyborg has said that she has only two fights left on her UFC contract and has mentioned interest in trying out boxing.  With those factors, many wonder if Saturday could be the final mega-fight for the Brazilian legend in MMA.

While it is not unheard of for events to actually take place on New Year’s Eve, there is no doubt that this year will feature the most high profile action that the holiday has ever seen.  In New York, the PFL will have their inaugural season finale and crown champions in six weight classes, awarding $1 million to each winner.  The card culminates what has been a blockbuster year for the promotion, entering the market at a time when the UFC and Bellator have never been bigger and introducing an intriguing tournament format. As an added bonus, breakout star Kayla Harrison will also be in action as she looks to secure her third victory of 2018.

On the other side of the world in Japan, RIZIN will also be featuring their most intriguing card yet.  In the main event, boxing superstar Floyd Mayweather will be engaging in an exhibition bout with Japanese kickboxing sensation Tenshin Nasukawa that has been the subject of speculation for the MMA world.

In the night’s co-main event, Bellator bantamweight champion Darrion Caldwell will be challenging RIZIN champion Kyoji Horiguchi in what is expected to be the first of several cross-promotional bouts going forward.  Horiguchi has lost only once in the last several years, to Demetrious Johnson at flyweight, while Caldwell has run roughshod over the competition in the Bellator cage.

New Year’s Eve will also feature the debut of serious MMA programming on ESPN television.  The network will be airing a special countdown to New Year’s Eve on ESPN2 with Ariel Helwani in which they announce awards for the best performances of 2018 leading up to midnight and the official beginning of the UFC on ESPN.

There has never been a stronger finish to a year in MMA and it is fitting that this how the calendar year ends in particular for 2018.  Next year will see new changes to the sport with a move to streaming, cross-promotion, and more companies from Asia airing in the US.  As the fight game is expected to change drastically in the new year, fewer things could do more to excite the sport as a whole than to celebrate the 31st with fireworks. 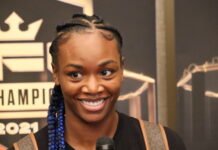 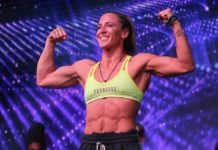 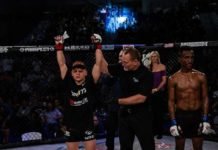