Brave Combat Federation stands as one of the most popular MMA promotions in India. Home to the likes of Abdul Muneer and Mohd Farhad, the organization since its very start has had Indian MMA fighters competing on their cards, supporting the growth of the sport in the region. The promotion will return to India for the second time on December 22. This time around they will be venturing into the Southern market.

Whenever MMA promotions explore the Indian market they heavily rely on the star power of Bollywood and other established stars to bring in attention. However, Brave is taking a very different approach. Not only are they exploring the untapped southern market of India, they are also, at least so far, not associating themselves directly to a celebrity to bring in media attention. Instead, they are solely relying on the fights and fighters. Let’s take a deep dive into the fight card for this event.

The opening fight of the card will see a bantamweight encounter between Harold Banario and Angad Bisht. Banario enters the fight with a record of 4-1 and is currently coming off a loss in his most recent contest. He’ll also be returning to MMA after a break of three years. Angad Bisht enters the fight with a record of 3-1, with all of his 4 fights coming in this year. Bisht, a former SFL contender, has won all his three victories via KO/TKO. This should be a fun striking match, but keep in mind the long layoff for Banario, and the fact that he’s stepping in on short notice to replace Canada’s Keith Lee.

All of Ribeiro’s wins have come via submission, in fact she has never gone to a decision. Italy’s Segni is a finisher herself, so there’s a good chance this fight finishes inside three rounds.

Sarbajit Singh and Satya Behuria is an interesting fight between returning fighters at Brave CF 20. The pair are returning to MMA after a healthy break. Singh enters the fight with a record of 2-1, with his last fight coming way back in 2013. Behuria on the other hand last fought in 2015, which to date is his only recorded MMA fight. His record is 0-1. Not much can be said on the fight given that there’s not much data available on either man, making it a rather unpredictable match-up.

Indonesian MMA fighter Oloan Silalahi will be making his MMA debut against Satinder Bankura. Bankura is currently on a two-fight losing streak and currently stands with a record of 3-2. Bankura is an exciting fighter and out of five fights, not one has gone to the judges. Win or lose, there’s a good change that continues here.

This was originally scheduled as a fight between Abdul Muneer and Qaisi. However, as Muneer was injured Paes stepped up as a late replacement. Paes enters the fight with a record of 4-3, 1NC. He goes into the fight on a positive note as in his last appearance he secured a win at Kumite 1 League against Pavel Kinshuk. Ali Al Qaisi enters with a record of 5-3, meanwhile, and is currently on a two-fight winning streak. Both fighters will be looking to build on their recent success, giving you two motivated fighters that should produce a spirited contest.

The 6th fight of the evening at Brave CF 20 is a battle of Brits. Gerve enters the fight with a record of 3-2. In his last fight, he lost to Nikolai Rachek via TKO, evening his record for 2018 at 1-1. Gerve, who trains out of IFS North Ireland, has appeared under the BAMMA and M-1 banners, among others.

His opponent, Rob Beech, stands with a record of 4-2. In his last fight, Beech had a four fight winning streak snapped when he lost to Darren Moore. However that was in May of 2017, so he’s had a considerable layoff. It must be noted that Gerve already has a fight scheduled in Bellator in February 2019. So he’ll be trying to keep the fight short and simple. Rob Beech on the other hand too is a known finisher. It shouldn’t surprise anyone if this fight turns out to be fireworks. Especially given that, as a heavyweight scrap, both men are capable of turning out the lights on the other.

Indian MMA star Kantaraj Agasa will make a quick turnaround when he faces Al Daaja at Brace CF 20. Agasa, who’s one of the most distinguished Indian MMA fighters, stands with a record of 10-0. His most recent bout was at Kumite 1 League at the end of September. A bantamweight, Agasa is a decorated Judoka and is especially skilled in the art of takedowns. Opponent Daaja enters the fight with a record of 5-3, out of which he has three victories via finish. He is currently on a two-fight win streak. This should be a good test for Agasa, whose only loss in MMA came as an amateur.

The co-main event of the evening at Brave CF 20 will see a lightweight match-up between undefeated John Brewin and Anas Siraj Mounir. Brewin enters the fight with a record of 4-0. He has a strong resume and out of his four wins, three come via KO/TKO. Brewin, an Australian, has fought twice previously for Brave CF.

Opponent Siraj Mounir enters the fight with a record of 6-1. He is currently on a three-fight winning streak, and like Brewin, knows how to finish. He even holds a knockout via Cartwheel kick. The fight should provide some seriously high-quality action to the event.

The main event of the evening at Brave CF 20 will see a middleweight fight between Sidney Wheeler and Khamzat Chimaev. Sidney Wheeler enters the fight with a record of 8-3. His three-fight winning streak came to an end in his last contest, however, a TKO loss at Brave CF 14. Taking on him is Khamzat Chimaev. Chimaev has a record of 3-0. This will be the 4th time competing this year for Khamzat, who trains out of Allstars Training Center. These are two rising prospects who face each other at must-win moments in their career. When they clash they’ll be giving it their all.

Brave CF 20, taking place at the Gachibowli Indoor Stadium in Hyderabad, India, has a handful of features that makes it stand out from other shows hosted in India.

Most MMA promotions have limited themselves to the Northern and western market of India. Brave is the first mainstream MMA promotion to actually venture into the southern states. In past, there has been plenty of speculation about the size of the Southern market. Brave makes a bold move when they venture in here, as they will be putting it to the test.

Fighters are the product:

In a majority of professional sporting events in India, organizers rely heavily on star power to establish themselves. However, Brave is not doing so. So far they have been independently promoting fighters and have taken a conscious effort in promoting quality MMA fights.

Genuine interest in improving the state of Indian MMA:

Brave Combat Federation is one of the few promotions who want to develop the Indian market. Not only have they created a fair platform for Indian fighters they have also been very active in creating a proper structure for Indian MMA fighters. They have made significant investments in India; this event is a perfect example of one of them. 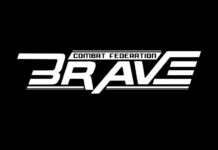 Brave CF Returns to India in December for Brave CF 20