Charles Oliveira made one thing very clear following his win over Jim Miller in Milwaukee: he wants on the upcoming UFC Fortaleza card.

Milwaukee, WI — Charles Oliveira evened the score with Jim Miller at UFC Milwaukee on Saturday night. His first round rear-naked choke win extended his choke hold (pun intended, of course) on the UFC’s record for most submissions, which Oliveira took sole possession of earlier this year. The man he surpassed? Royce Gracie.

Yet that’s neither here nor there. After the fight, Oliveira wasn’t looking back, but forward. He addressed what comes next with media outlets including Cageside Press backstage at the Fiserv Forum. “Fortaleza. I want to [be] back at UFC Fortaleza, Brazil. I have to fight there,” he said via translator following his win against Miller. No surprise, given Oliveira hails from Sao Paulo, Brazil.

Speaking of, while he called Miller “a good fighter,” Oliveira didn’t sound too interested in a rubber match. “If Dana White wants to put me to fight [Miller] again, I’ll work with him. I fight with everyone.”

Post-fight, Oliveira had claimed featherweight was his true home, after saying he planned to stick with lightweight earlier in the week. Saturday night, he said simply that the goal was the title, and that “my division is 155. I listen to my coach, they love me, they train me a lot.” In short, he’s following his coach’s advice and sticking with the weight class.

One fight that certainly interests Oliveira is the champ of his old 145lb stomping ground, Max ‘Blessed’ Holloway. The Hawaiian may wind up moving to lightweight at some point. “Max Holloway said he wants to fight in the lightweight division,” Oliveira said Saturday. “I want to fight him, to give him welcome to my division. It’s my world. Come, Max Holloway.” 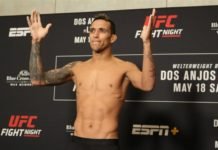 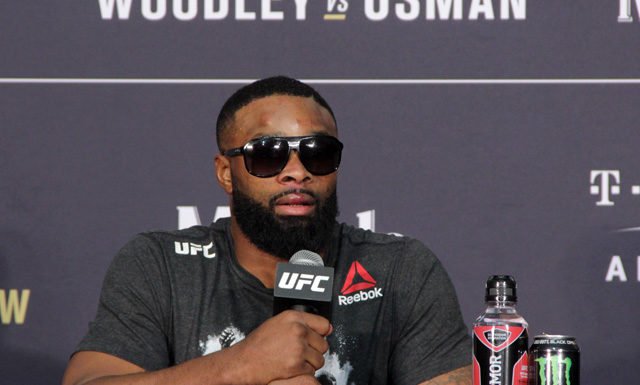