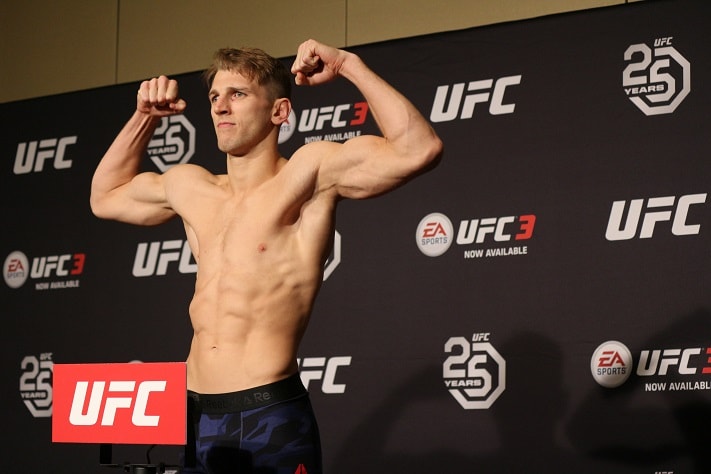 It’s time that Dan Hooker starts getting attention at 155-pounds, and this weekend is a great opportunity for him, as he faces Edson Barboza at UFC Milwaukee.

“Give me someone in the top-10. Put some respect on my name. That’s four in a row. You’re getting these boys hurt, you’ve got to get someone on my level. Let’s go.” These were the words of the Kiwi, Dan Hooker after securing his 17th career win and fourth in a row back in July of this year. He said so after securing a devastating first-round win over three-time BJJ world champion Gilbert Burns. The UFC granted Hooker his wish and pit him against division stalwart Edson Barboza.

Dan Hooker enters the fight with a record of 17-7 and has momentum by his side. He has gained a lot of attention because of his last four finishes and his exciting fighting style. His on-mic abilities are great as well. However, the lightweight division is by far one of the most stacked divisions in MMA today. Home to fighters like Conor McGregor, Khabib Nurmagomedov, Nate Diaz, Dustin Poirier, Justin Gaethje, and Tony Ferguson the division is by far the most competitive weight class in the UFC. Hence, finding recognition here is one of the most difficult jobs. This results in fighters not finding establishing themselves in the weight class. Therefore, it isn’t surprising that Hooker hasn’t received much attention despite the fact that he’s looked very impressive in the past few fights.

When he faces Edson Barboza this weekend, he gets a chance to hook himself in the top prospects of the division. Barboza is one of the more popular fighters of the division and has faced some of the best lightweight has to offer. He is an accomplished striker and of his 19 wins, 11 have come via knockout. Barbosa is currently is on a career low as for the first time, he is on a losing streak, meaning he’ll be giving his all to snap the skid.

If Hooker manages to win, he establishes his brand and enters the list of contenders in the division. However, a loss here sends him way back in the line. Will he manage to utilize this momentum?