After a boxing career that included an Olympics appearance, Jennifer Chieng kicked off her MMA career the right way with a first-round knockout at Bellator 208.

Uniondale, NY – Jennifer Chieng carried her boxing success into MMA, winning by first-round TKO in her professional debut at Bellator 208 at the Nassau Veterans Memorial Coliseum in Uniondale, New York. The former Micronesian Olympian wasted no time getting her feet wet in MMA, only needing 104 seconds to put away Jessica Ruiz.

While a first-round knockout is a brilliant way to start a career, it could leave someone like Chieng, who is transitioning to a new sport, wanting more from the experience.

“I was hoping to do a little more striking and then work on all the things we’ve been working on this camp because I’ve had a really good fight camp and I wanted to show all of that. But anything can happen in a fight and the opportunity presented itself so I took.”

It was, however, surely enough for the former Wall Street employee to realize that this is the path she wants to take in her life.

“Yes, my focus is MMA. [Wall Street] was something I could do, but it wasn’t really my passion. I respect the process, there’s more to martial arts than just the fight. That’s just one aspect of it. I’m passionate about the lifestyle, the learning, building character. Those are the aspects of martial arts that I’m drawn to.”

That path may have some twists and turns in it, since Bellator does not have an official strawweight division, leaving Chieng in a bit of a predicament. While Bellator does have women’s flyweight, Chieng stated that she struggles to keep weight on past 120 pounds due to the amount she trains.

When asked about potentially fighting in one of Bellator’s Hawaii cards, Chieng stated that she actually planned on attending as a fan to watch her teammate and visit the family she has in the state. However, if Scott Coker asked, there is no way she’d decline.

In the end, the former boxer described the experience as “surreal” and that she’ll be soaking it in. Specifically with Guinness in hand, as her coach recommended. 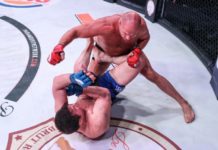 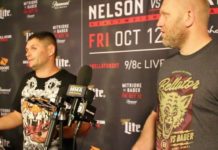 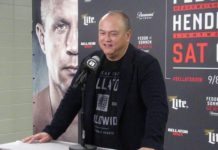