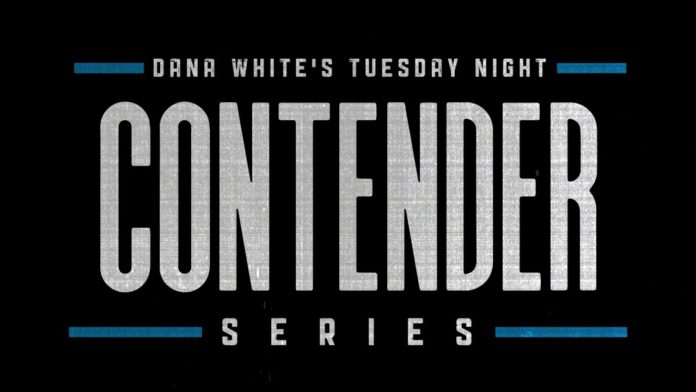 Dashawn Boatwright or “Buck” as many of his friends call him, was born on Long Island but raised hundreds of miles away in Richmond, Virginia. He’s the product of a typical middle-class upbringing which shows in his blue-collar approach to life. Boatwright began his martial arts journey roughly six years ago.

Like many fighters of his generation, he openly admits to films and cartoons as part of the reason he got into martial arts. But he also gives credit to the positive people in his life like his coach Rick McCoy. Outside of fighting, Dashawn holds down multiple jobs which include Walmart associate, kids class instructor, and personal trainer. 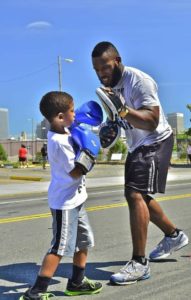 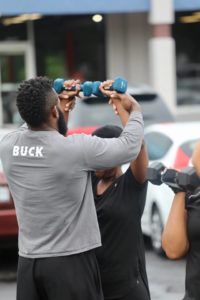 His first stop on his road to tonight’s fight began at DNA fitness where he picked up kickboxing. From there he would run into BJJ instructor Jacob Young, who was working at one of the 24-hour gyms in the area. Young convinced Boatwright to come to MMA Institute, one of the largest fight teams in the state. At that point, he had only done a kickboxing smoker so the other aspects of fighting were still foreign to him.

“I got beat up the first couple of times, then I got better as I learned more technique.” 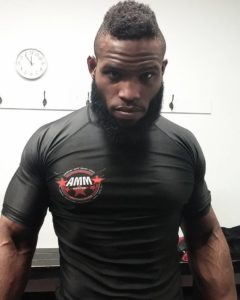 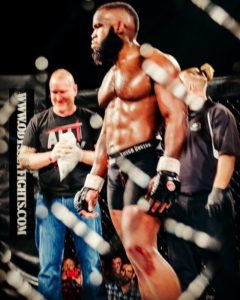 How would you describe your journey?

“I would describe my journey as a learning experience. You learn so much about yourself when you’re fighting someone. Getting into a fight on the street is one thing because of the adrenaline and emotions. But fighting someone who has been training to fight you, knowing someone wants to take your head off, knowing you have to train harder because they want to take you out, that’s a completely different thing. It’s a journey, it’s about finding out how hard you can go and how much you can push yourself and how you are strong enough mentally, to withstand it. Training and working full-time builds a strong mind.”

How has MMAI’s family environment helped shape your career?

“It has been everything. You cannot make it in this game without having a strong team around you. I’ve been blessed to find MMA Institute, and have a strong team around me. It’s just like a family, you have ups and downs, you might not like your brother for a week, and you just get over it. We grind, eat, laugh, and cry together.”

It’s not unusual for there to be bumps along the way in the fight game. But they’re usually due to injury or losses, and not opponents pulling out of fights. Ever since his amateur career, Boatwright has had issues locking down opponents. He doesn’t have world class BJJ credentials or D1 wrestling background. The only other conclusion that anyone can draw is that his opponents are intimidated by his physique and strength; which he proudly shows off on social media. Out of his seven scheduled pro bouts leading up to tonight, only three opponents made it to the fight.

“I don’t know what it is. Might be the beard, might be the mohawk, or this big black body. I dunno.” 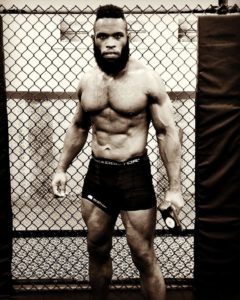 Boatwright attributes his spiritual beliefs as the reason he always stays ready. He got the news he would be on this upcoming season of DWTNCS soon after another opponent pulled out.

“The ancestors spoke to me telling me to work more, work harder. Normally I would fall off the wagon a bit when there’s a pull-out. But they spoke to me to keep training and that my time would come. A few weeks later I got the call.” 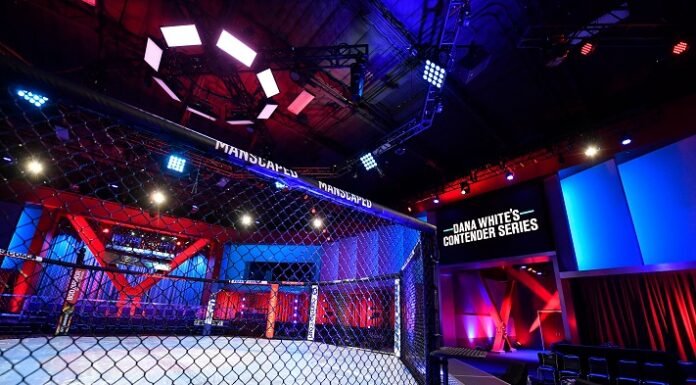