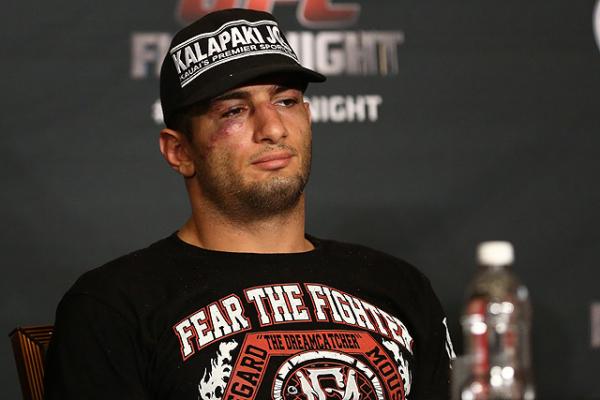 Bellator 200 is a big milestone for the promotion, and the London-based event calls for Cageside Press picks.

Headlining Bellator 200 is a middleweight title fight between champion Rafael Carvalho and former UFC standout Gegard Mousasi. After ending his UFC run on a five-fight run, Mousasi earned a controversial decision victory over Alexander Shlemenko and a title shot in the process. Carvalho is an undefeated 6-0 in Bellator with three title defenses, most recently against former UFC fighter Alessio Sakara in just 44 seconds. Seven of nine writers picked the challenger Mousasi.

In the co-main event, Bellator stud Michael Venom Page takes on promotional staple David Rickels. At his best, MVP is a fascinating fighter to watch, with six of his eight Bellator wins ending via stoppage. Rickels is long-tenured, owning a 13-4 record with two no contests in the circular cage. Cageside Press is more or less split down the middle on this one.

Top light heavyweights will meet when Phil Davis takes on Linton Vassell. Vassell most recently challenged for Ryan Bader’s strap, losing via knockout, dropping his promotional record to 7-3. Phil Davis had that belt before Bader’s reign, and is now looking to climb back to the top, having won his last fight by decision. The staff unanimously picked Phil Davis.

This is an interesting one. British reality TV star Aaron Chalmers looks to stay undefeated in his 3-0 MMA career when he takes on Ash Griffiths. Griffiths, on the other hand, is on a four-fight losing streak, and owns a 4-6 career record. Cageside Press is on the side of the TV star.

Last but not least, Kate Jackson will take on Bellator star Anastasia Yankova. Jackson was a contestant on season 23 of The Ultimate Fighter, going 2-1 before falling to eventual tournament winner Tatiana Suarez. Since joining Bellator, she is 1-1, losing to Valerie Letourneau. Yankova is 3-0 with the promotion, all at 130-pound catchweights, and 5-0 in her MMA career. All but one writer sided with the Russian Yankova. 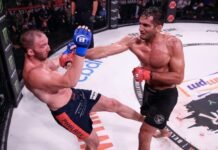