Daniel Cormier recently went on the MMA Hour and said he believes that if he beats Stipe Miocic at UFC 226 he is in the greatest of all time discussion. Will that be the case?

With how much MMA has evolved and is currently evolving does the discussion even matter? Every fighter has their flaws and everybody loses, Daniel Cormier lost to Jon Jones, Jon Jones lost to USADA, and so on and so forth. It’s not like we’ll ever have a definitive answer on who it is either seeing how it’s all opinion-based. Also, the fighters that are in the discussion have never fought each other, or if they have, there have been questions such as performance-enhancing drugs and if they were in their “prime” or not.

The reality is that the discussion is pointless. It has about as much value as arguing who would win between Batman or Superman. If that’s your thing, that’s entirely fine but there’s no real point for it. The sport is constantly evolving and ever-changing so why bother spending so much time and effort arguing on Twitter about it and why not just embrace the fighters and all they have done for the sport?

If Daniel Cormier beats Stipe Miocic at UFC 226 will he be the greatest fighter of all time? Who knows? What we will know is that Daniel accomplished something that only one other fighter has in the entire history of the UFC and will hold two championship belts at the same time. The only other man being Conor McGregor.

The matchup itself is incredibly intriguing and is sure to be a great fight with fireworks involved, the buildup will be entertaining too if Stipe comes out of his shell and Daniel attempts to do some more WWE-style trash talking against the Cleveland native. So let’s just try and enjoy the ride instead of constantly bringing up a never-ending debate that is sure to never have an answer. 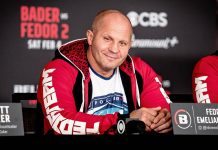 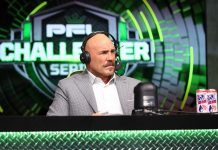 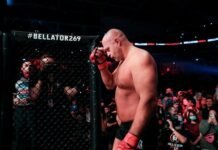