UFC 222 has picked up a key lightweight scrap between Bobby Green and Beneil Dariush.

Making a quick turnaround following his UFC on FOX 27 win against Erik Koch in Charlotte, Bobby Green has been lined up to face Beneil Darish at UFC 222. The Orange County Register was first to report the news Thursday, with the UFC later confirming the fight. Dariush is currently ranked 11th in the UFC’s official lightweight rankings, while Green is outside the top fifteen.

Green (24–8–1) fought to a unanimous decision win over Koch in a wildly entertaining fight at UFC Charlotte late last month. Prior to that, he battled to a draw against Lando Vannata in a Fight of the Night effort at UFC 216 in October. That put a halt to three straight losses the California fighter suffered from 2014 to 2017. During that skid, he dropped bouts to Edson Barboza, Dustin Poirier, and Rashid Magomedov.

Beneil Dariush (14-3-1) seemed on the cusp of stardom for a while, racking up a five fight win streak in 2014-2015. However, he is 2-2-1 in his last five, with losses to Michael Chiesa and Edson Barboza. With wins over James Vick and Rashid Magomedov, his most recent effort was a draw against Evan Dunham at UFC 216.

With so many common opponents, and with both men looking to build momentum, it was almost inevitable the pair would fight eventually. Now, Bobby Green and Beneil Dariush will do just that at UFC 222 on March 3. The event takes place at the T-Mobile Arena in Las Vegas, NV. Max Holloway defends his featherweight title against Frankie Edgar in the main event. 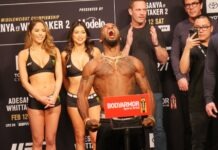 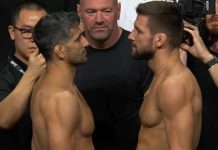