Guilherme Vasconcelos might be best known to MMA fans as a former UFC and current Bellator fighter, but after being linked romantically to pop star Demi Lovato, suddenly, outside media was all over him.

Brazilian welterweight Guilherme ‘Bomba’ Vasconcelos won big in both of his first two Bellator bouts, prior to running up against E.J. Brooks. Now, Bomba is looking to bounce back against Ivan Castillo at Bellator 192 in Los Angeles on Saturday. He’s doing that, hopefully, without the distractions that his past relationship with Demi Lovato brought about.

Bomba spoke to Cageside’s Gabriel Gonzalez leading up to the bout, about the fight, the main and co-main events at Bellator 192, and his relationship making the press.

On the bout, and his time away, the fighter said that “I’ve been training so hard this [past] seven months. I didn’t take a break. I worked so hard.” After the loss, he recognized the need to turn things around. “I made mistakes in my last fight, and I fixed all those things. I’m totally ready for [the] fight Saturday.”

As for opponent Ivan Castillo, “he’s very aggressive, his striking, you know. He looks for the knockout all the time. He throws very powerful punches.” Which means that Bomba knows “the things I need to work on for him. His ground game is not the best, I don’t wanna say it’s not good but it’s not the best, I believe my ground game is way better than his ground game.” Yet that having been said, “for sure, I’ll go and strike with him. I’m ready for anything. I’m ready to strike for 15 minutes, I’m ready to grapple for 15 minutes with him. Whatever it takes, you know?”

That could be a fun little welterweight scrap. And what does the Brazilian make of the main and co-main events? For the heavyweight Grand Prix, he favors the wrestler. “Chael” he said when asked to pick a winner. “I believe Chael has the game to beat him right now.”

“Outside the cage, I can’t control anything.”

Bomba Vasconcelos will be back inside that cage at Bellator 192 on Saturday, January 20 at The Forum in Los Angeles, CA. His welterweight fight with Ivan Castillo will be part of the preliminary card on bellator.com — check out our full interview with Bomba below! 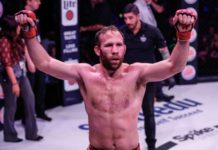 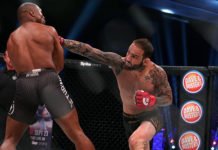