Another Chinese fighter has been added to the UFC’s debut in mainland China. According to a report by MMA Junkie, undefeated Chinese heavyweight Hu Yaozong (3-0) will step in on short notice at this weekend’s UFC Shanghai event. He’ll be facing Cyril Asker (8-3), whose original opponent James Mulheron was pulled from the card after being flagged for a potential anti-doping violation by USADA.

Nicknamed ‘Bad Boy,’ Hu made his debut in back-to-back fights in October 2016, picking up wins on two consecutive days under the Chinese MMA Super League. All three of his career wins have come via stoppage.

Cyril Asker, who Hu will face in his UFC debut, has gone 1-2 in the promotion to date. The 31-year old heavyweight from France is a former EFC heavyweight champion who defeated former UFC fighter Ruan Potts for that title in 2105. He then signed with the UFC, losing to Jared Cannonier in his debut. Asker picked up a TKO win over Dmitry Smoliakov back in January of this year before being finished by Walt Harris at UFC Fight Night 111 in July. 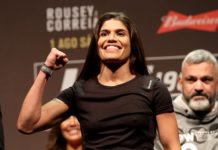 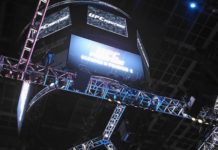