In a press release circulated Tuesday, RIZIN FF officially announced the return of the legendary Mirko Cro-Cop. The Croatian PRIDE and RIZIN tournament winner, also notable for a trio of stints in the UFC including a memorable pair of fights with Gabriel Gonzaga, had announced his retirement after winning the RIZIN Open Weight Grand Prix 2016. He’ll step back into the ring, however, to take on a fellow PRIDE vet in Tsuyoshi Kohsaka.

The move had previously been hinted at by RIZIN FF officials on social media.

The fight will take place on the RIZIN Fighting Federation World Grand-Prix 2017 card on December 31. The event goes down at the Saitama Super Arena just outside Tokyo in Saitama, Japan.

Cro-Cop (35–11–2 (1)) is currently on a seven fight win streak. That streak includes stoppages against Gonzaga at UFC Fight Night 64, and King Mo Lawal in December of last year as part of RIZIN’s Open Weight Grand Prix. In the finals of that event, he knocked out the previously undefeated Amir Aliakbari.

The 43-year old Croatian will be taking on Japan’s Tsuyoshi Kohsaka, himself 47. Kohsaka (29–19–2) most recently lost to Brauto Kaito in RIZIN’s Open Weight Grand Prix 2016. Prior to that he’d scored a knockout of James Thompson at RIZIN 1 in 2015. A former Pancrase super-heavyweight champion, Kohsaka first began competing in MMA back in 1995. He left the sport in 2006, staying retired until his return in RIZIN FF in 2015.

RIZIN Chairman Noboyuki Sakakibara and Kohsaka are expected to appear at a press conference on Friday, November 17 to discuss the pairing. 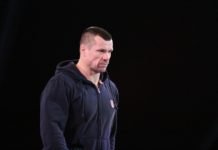