RIZIN Fighting Federation returned on Friday, October 12, 2019 for RIZIN 19: Lightweight Grand Prix First Round. Check out the results below.

RIZIN 19: Lightweight Grand Prix First Round was live from the Edion Arena in Osaka, Japan on Saturday.

In the main event, Fabio Maldonado made his RIZIN debut, against Jiří Procházka. Rising star Kai Asakura also returned to the RIZIN ring, for the first time since his upset knockout victory over Bellator and RIZIN champion Kyoji Horiguchi in a non-title bout earlier this year. Asakura faced UFC veteran Ulka Sasaki in a bantamweight contest.

Asakura (13-1), entered with a perfect record of 5-0 in RIZIN since his RIZIN debut in 2017. His upset victory over Horiguchi was undoubtedly the biggest win of his career, when the 25-year-old only needed sixty eight seconds to finish the former UFC title-challenger and Bellator and RIZIN champion. Asakura also has a win over Manel Kape, who is another top contender in the RIZIN bantamweight division. Asakura avenged his only professional loss last year within the RIZIN ring, defeating Je Hoon Moon.

Sasaki (22-7-2), looked to bounce back after losing via submission to fellow Japanese veteran Shintaro Ishiwatari back at RIZIN 17. Ulka Sasaki made his RIZIN debut back at RIZIN 14, when he defeated Manel Kape via decision. Sasaki has finished 14 of his 22 wins, 12 via submission, two via knockout.

Also on the card, the lightweight Grand Prix begins as eight fighters duke it out to try and advance to the next round. In the tournament, the fighters are: Tofiq Musayev, Damien Brown, Johnny Case, Roberto de Souza, Patricky Pitbull, Tatsuya Kawajiri, Luis Gustavo and Hiroto Uesako. Patricky Pitbull was sent over to RIZIN to compete by Bellator, and the RIZIN 19 bout will be  his RIZIN debut.

The RIZIN 19 weigh in results are here. 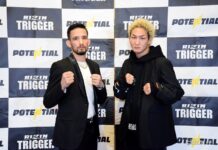 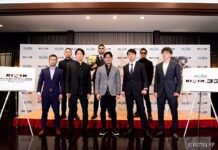