Darren Till is moving on up in the UFC welterweight division. After taking out a Cowboy, he has his sites set on Wonderboy next.

According the Lance Pugmire of the L.A. Times, Dana White has confirmed that Darren Till vs. Stephen Thompson is a go for England. That will come on February 24, a surprise move as that date was originally expected to take place in Orlando. White, however, announced during a Q&A that he was moving the card to London instead.

Dana White says he’s moving his UFC card from Orlando, moving it to England so popular Darren Till can fight @WonderboyMMA

The date is Feb. 24 for Till-Wonderboy.

It’s a rather interesting turn of events, and a sign the UFC is looking to cash in off Till’s recent success. The welterweight is undefeated in his career at 16–0–1. The only blemish is a draw again Nicolas Dalby in 2015. Most recently, he dispatched Donald “Cowboy” Cerrone in the first round of their main event bout at UFC Fight Night 118.

Thompson, meanwhile, fought to a unanimous decision win against Jorge Masvidal at UFC 217 this past weekend. “Wonderboy” is looking to work his way back to a shot at the welterweight title, having fought to a draw at UFC 205 and lost at UFC 209 to champ Tyron Woodley.

The UFC is already scheduled to return to London, England on March 17, a date previously announced by the promotion. The UFC’s official website even has a mini-site set up for the London date. Presumably, then, Till vs. Thompson will take place elsewhere in the country. 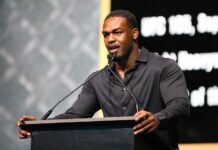 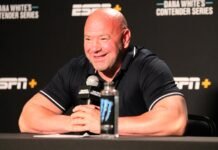