On the preliminary portion of Bellator 183 from San Jose, CA on Saturday, Bellator’s Brooke Mayo had another shot to get in the win column in her professional career. Her promotional and professional debut at Bellator 172 in February ended on controversial fashion, as a hematoma over the eye led to a doctor’s stoppage.

Opponent Kaytlin Neil was making her Bellator debut, and also looking for her first win as a pro. Despite the records, both fighters looked to be solid additions to Bellator’s women’s flyweight division.

How’d the fight play out? The pair exchanged a number of kicks early, with Mayo looking light on her feet and displaying good movement. Mayo would put together a trio of three straight body kicks early in the round, and both women continued with a kick-heavy attack. Clinching against the fence later in the round, a number of reversals showed how evenly matched the pair appeared to be. Mayo was able to finally take the fight down, and looked to take the back, but Neil was able to reverse and wind up on top. That led to Mayo working to isolate an arm, with an arm-bar possile. Neil, however, broke free, and they wound up in something akin to a north-south position with Mayo’s legs almost rolled up over her. From there they made it back to the feet, and finished standing. A close round in the end.

Mayo came out firing to start the second round, bringing the attack to Neil with combos and more heavy body kicks. Neil didn’t seem to have her range figured out, while Mayo was able to land a number of strikes cleanly. Mayo then pressed the action up against the cage and looked to score a takedown, but strong takedown defense from Kaytlin Neil kept things standing. Mayo then opted to take the back of her opponent, and finally hoisted Neil up off her feet to take her down. Neil in turn was able to turn inwards and wind up on top, similar to the first round. The fight would stay on the ground for the remainder of the round, with Neil staying on top.

Neil landed a combo early in the third round, and looked to be a little more aggressive, landing a head kick (that Mayo partially blocked) moments later. Mayo continued to initiate the clinch, and looked to take the fight down to the mat. Neil, for her part, showed some solid defense, but simply wasn’t able to get much offense off. In a clinch midway through the round, however, Neil was able to overpower Brooke Mayo and throw her to the mat, where she went to work from within Mayo’s guard. As she did earlier in the fight, Mayo stayed active off her back and had soon regained her feet; this led to an exchange where both women landed. Mayo then got her underhooks in and pushed Neil up against the fence, once again living up to her “Bully” nickname. Neil would land a couple of strikes as they broke, and both landed a handful of strikes as time ran out.

In the end, despite Mayo being more active off her back when the fight was down, the judges saw things in favor of Neil, two rounds to one. That dropped Mayo to 0-2 in the promotion, while Neil improved to 1-2 as a pro. 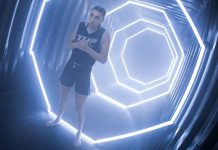 The Ultimate Fighter 30, Episode 12 — The Broken, the Beaten and the Damned 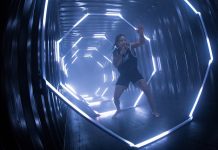