Following the sale of the UFC to WME-IMG last year, everyone was interested to see the way the world’s biggest mixed martial arts promotion would change. Some things have been good, others not so good. But, one thing is clear: they’re trying.

Nobody can deny the marketing prowess of WME-IMG. The number of divisions and diversity of clients represented by the California-based talent agency showcase the company’s undeniable expertise. Although it hasn’t yet translated to significant success in the UFC, a view toward the long-term should be taken for a $4 billion investment.

While the long-term is important, continuing success now and making sure there’s a long-term to even care about is vital. The promotion has tried a few things, but hasn’t been able to please everyone. But, it isn’t for a lack of trying. In documents acquired by Cageside Press, there is evidence that the UFC and WME-IMG have worked toward featuring fighters from the promotion in televsion shows across a variety of networks and streaming services.

These leaked documents are portions of rough drafts of scripts, in which it is believed UFC and WME-IMG worked together to feature several of their higher profile fighters on some of the most watched shows of 2017.

Fighters crossing over into film isn’t the newest thing on Earth, but the UFC actively and regularly promoting their fighters with hit shows is something nobody could’ve expected. With these scripts, it’s barely believable. From Conor McGregor to Nate Diaz and Cody Garbrandt, here are five leaked portions of super-legit Hollywood scripts featuring UFC fighters.

It looks like King McGregor is abdicating the responsibilities that come with the crown. 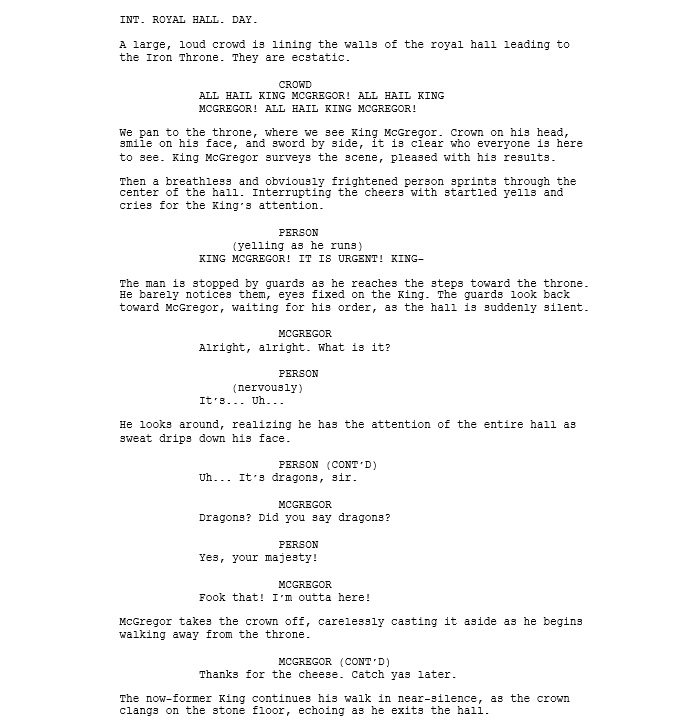 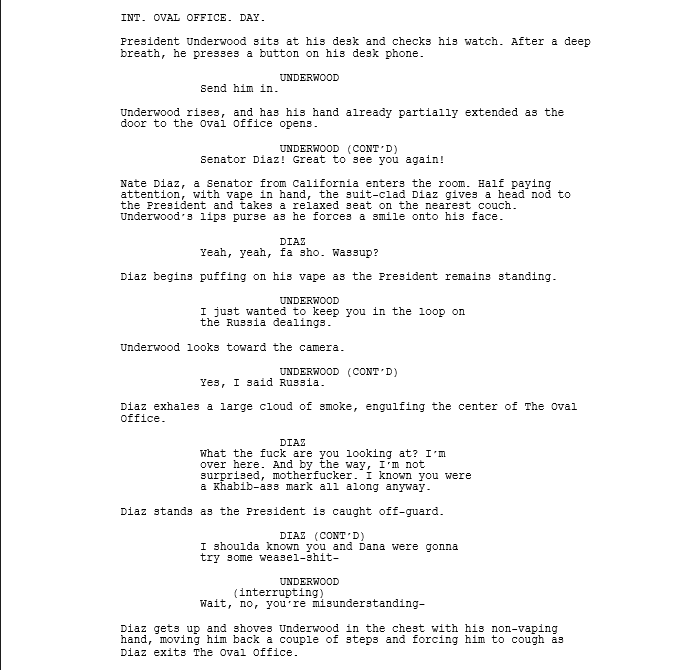 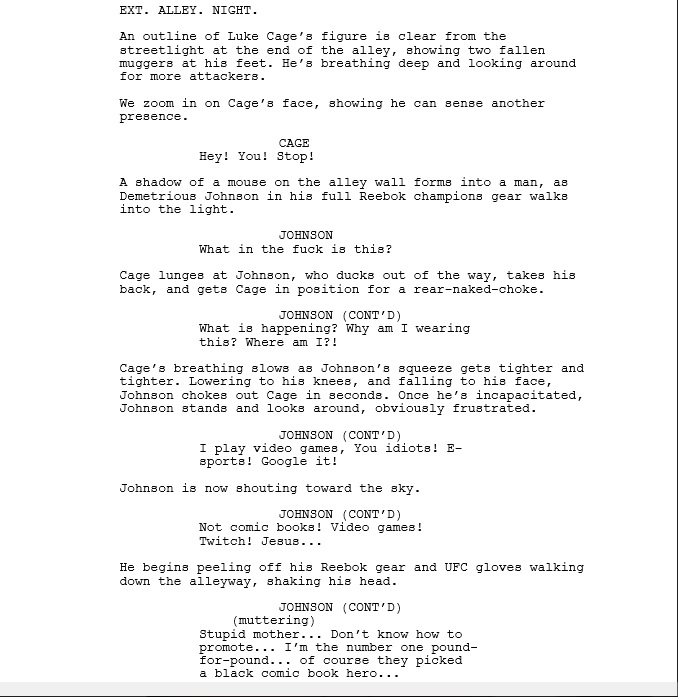 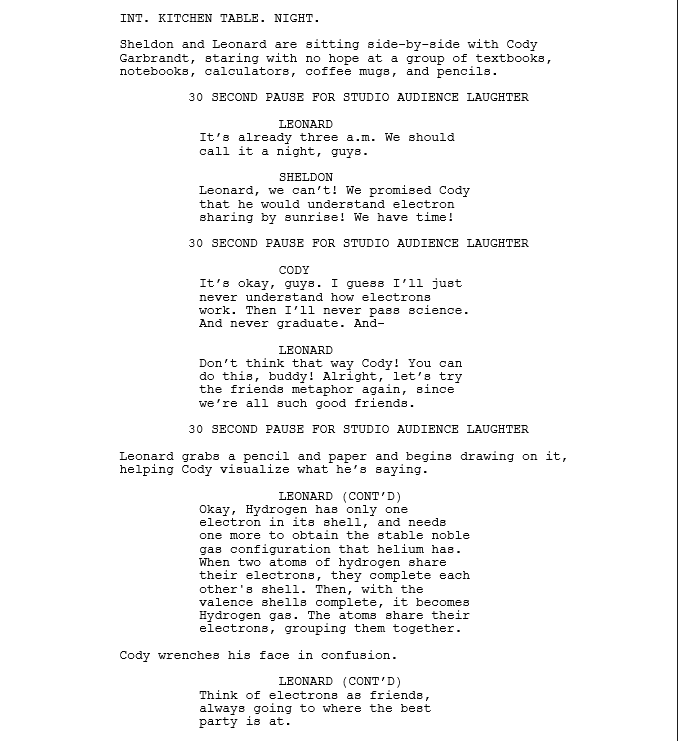 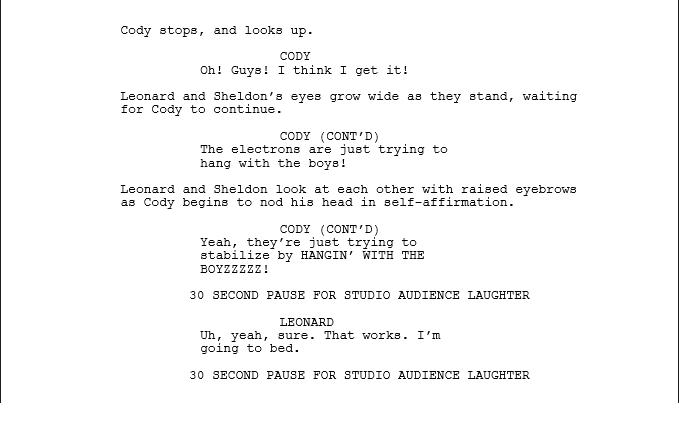 Okay, this one actually seems like it could work. 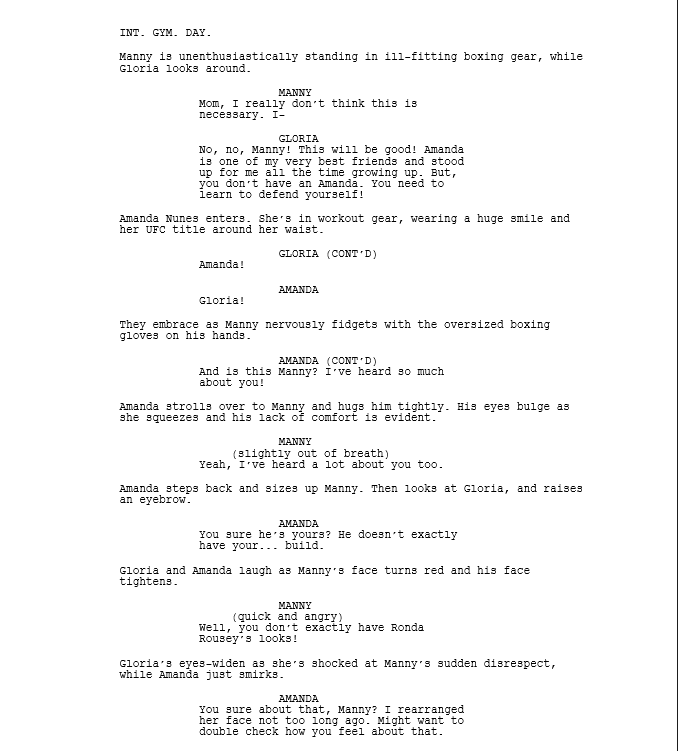 They may not be of the highest quality, but the UFC and WME-IMG deserve an A for effort. Utilizing their vast array of marketing capabilities on the biggest stars of their $4 billion investment isn’t the worst idea in the world, even if these scripts are.

NOTE: If you haven’t figured it out by now, this article isn’t accurate in the slightest. Wouldn’t mind seeing the promotion attempt some more creative marketing with their high-profile athletes, though.