The UFC is finally getting behind the women’s flyweight division. Almost a year after the promotion’s one and only female 125lb fight in Ottawa at UFC Fight Night 89, the promotion has let it be known that a flyweight division is in the works. The UFC announced the news Wednesday with a casting call announcement for The Ultimate Fighter 26.

According to a release, the season will be open to fighters currently on the UFC roster capable of making the flyweight limit, as well as new fighters looking to enter the promotion.

Flyweights between 21 and 34 with winning records and at least three professional fights are being sought.

No word on who the coaches for the new season will be. However, a new champion will be crowned at the end of the season, much like The Ultimate Fighter 20 saw the crowning of the women’s strawweight champion.

An open casting call is scheduled for Tuesday May 23 in Las Vegas.

Thus far, the only flyweight fight in the division was the aforementioned Ottawa fight, which featured Joanne Calderwood getting the win over Valerie Letourneau. The latter recently signed with Bellator MMA, who have been growing their flyweight division for some time now. 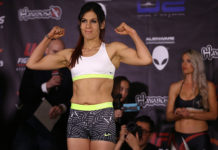 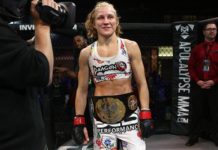 Roxanne Modafferi vs. Barb Honchak, Other TUF 26 Alums Round Out Ultimate Fighter 26 Finale 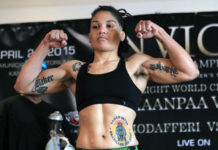