Ten writers from Cageside Press put together their pound-for-pound rankings and the results are below. 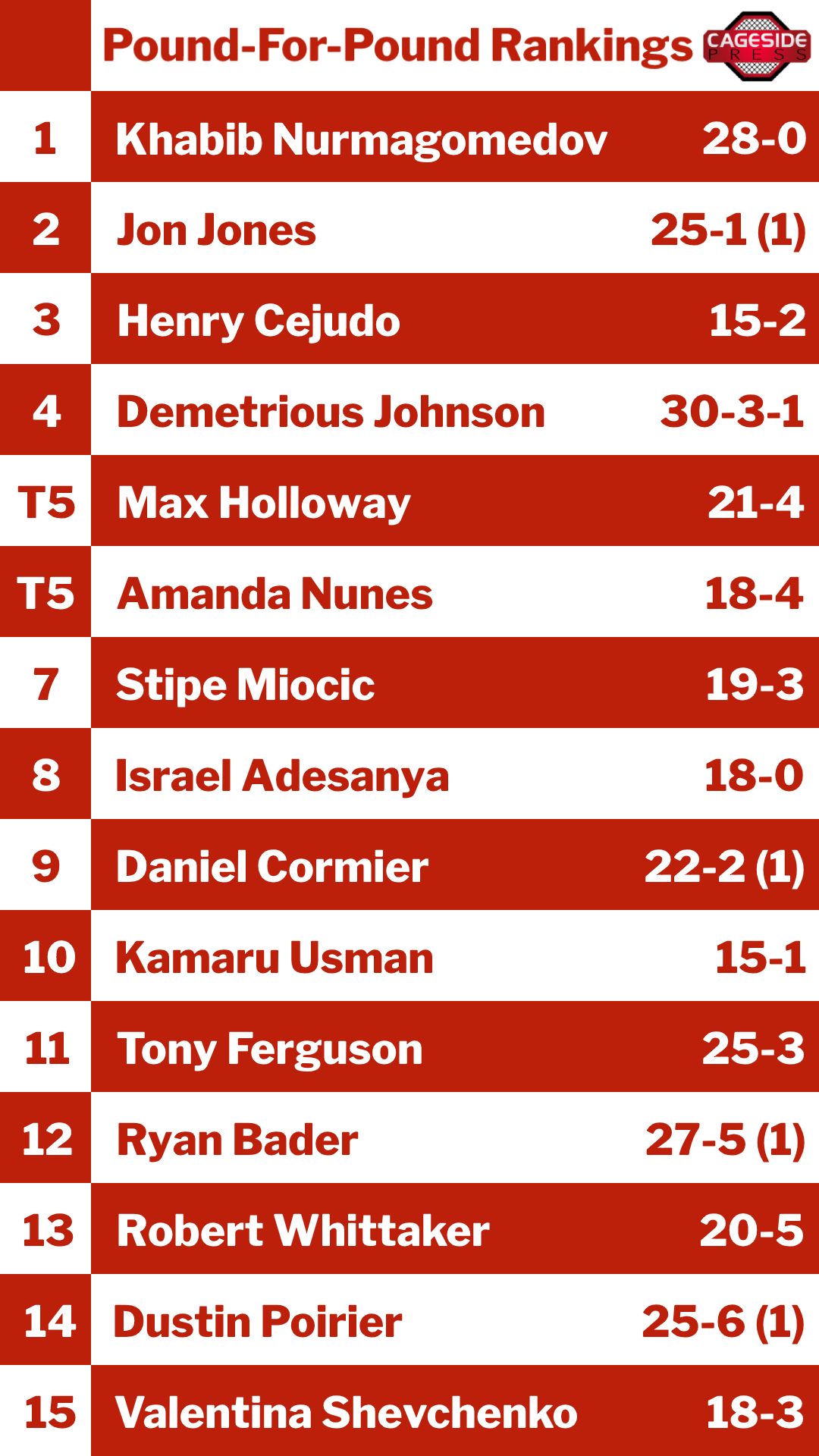 Topping the rankings is the UFC lightweight champion Khabib Nurmagomedov, who is still undefeated at 28-0. Following him in the top three are UFC light heavyweight champion Jon Jones and double-champion Henry Cejudo.

In fourth place, we have our highest non-UFC representative in Demetrious “Mighty Mouse” Johnson. He is 1-1 against third-ranked fighter Henry Cejudo, but Cejudo has been inarguably the more impressive fighter since their split decision last August.

In fifth, we have one of two women to make the top 15, and that is the greatest female fighter of all time, Amanda Nunes. Nunes is both the UFC’s bantamweight and featherweight champion and has defeated essentially all the big names in women’s MMA (at bantamweight and above). Tied with her is Max Holloway, who has not lost at featherweight since falling to Conor McGregor in 2013

Stipe Miocic’s huge win against Daniel Cormier to win the UFC heavyweight title earned him a seventh-place spot. Israel Adesanya slots in at eighth after his amazing title victory over Robert Whittaker.

At ninth is Daniel Cormier, who lost his heavyweight title, but is one of the four fighters in UFC history to hold two titles at once.

In 10th is welterweight champion Kamaru Usman, who will defend his title for the first time at UFC 244. He is ever so slightly above Tony Ferguson, who is on a historic 12-fight win streak, but has yet to fight for the title.

Bellator’s own double-champion, Ryan Bader, lands at 12th. He’s defended his light heavyweight title once, won the heavyweight grand prix, and kind of defended his belt against Cheick Kongo recently. At 13th is Robert Whittaker, who fell after losing his title to Israel Adesanya.

Coming in at 14th is UFC interim lightweight champion Dustin Poirier, who has lost just twice since 2015, and holds two wins over Max Holloway. At 15th is Valentina Shevchenko, who is miles ahead of her competition in the UFC flyweight division. 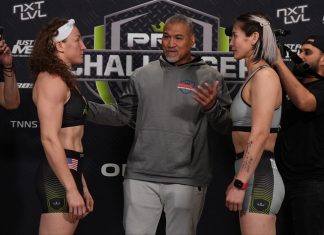 Staff - February 3, 2023
The PFL Challenger Series returned to action Friday night, with the women's featherweight division in play. With the league introducing the weight class this year,...