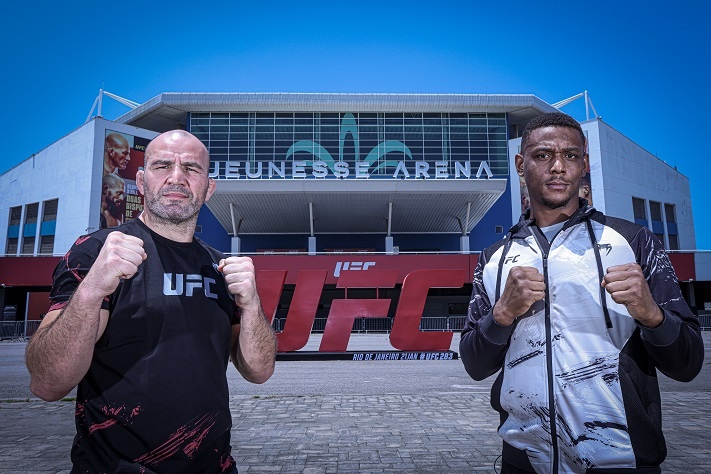 The UFC returns to Brazil for the first time in nearly three years this weekend, with UFC 283 taking place in Rio de Janeiro.

Not surprisingly, the PPV card is stacked with Brazilian talent, including five fighters from the host nation on the main card alone. In the main event, Glover Teixeira faces Jamahal Hill for the vacant light heavyweight title, and you probably know the story behind that by now.

In the co-feature, Deivson Figueiredo throws down with Brandon Moreno for the fourth and presumably final time, in a flyweight title unification bout.

Our team has their picks ready! Here’s who we see coming out ahead at UFC 283.

There was but one unanimous pick for the UFC’s return to Brazil, and that’s former UFC women’s strawweight champion Jessica Andrade. Andrade, booked into a flyweight match-up with former 125lb title challenger Lauren Murphy, is the clear favorite in this one, having beaten some of the best over the years. And while both have suffered defeat at the hands of Valentina Shevchenko, only one has held gold in the promotion. Andrade’s our pick.

Close to a unanimous pick, meanwhile, was Gilbert Burns. Only one writer sided with Neil Magny in the pair’s welterweight match-up. Burns, of course, was entering the fight off a war against Khamzat Chimaev.

The same could be said for the evening’s co-main event, with just one writer picking flyweight champ Deiveson Figueiredo, fighting at home, over interim champ Brandon Moreno.

Walker vs. Craig had us divided, with an edge (5 to 3) to the Brazilian. The main event, meanwhile, saw the odds tipped to 43-year old Glover Teixeira’s favor by the same margin.