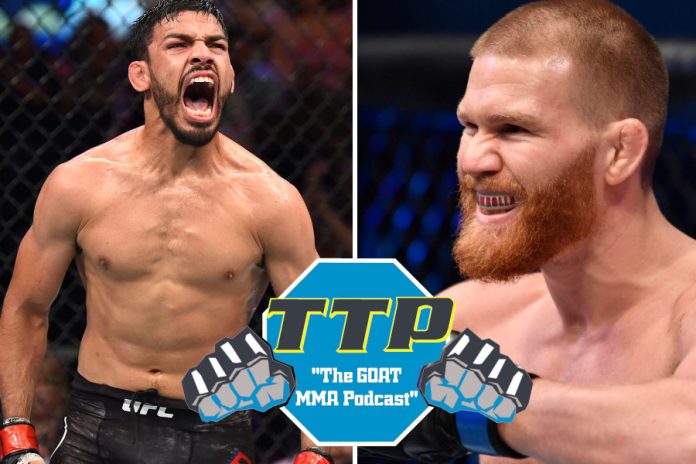 Kicking off this edition of TTP is our interview with UFC bantamweight, Julio Arce. The Queen’s native talks about getting the chance to fight in Madison Square Garden and how it’s a dream come true to get to do it all over again. Plus, Arce chats with Gumby about all of his team being in action in and around UFC 281, which includes Mike Trizano. In addition, he discusses the time he spent at featherweight and why he has no plans to go back.

UFC 281 is the card we’ve all been waiting for. Not only is the middleweight title fight between Alex Pereira and Israel Adesanya an exciting grudge match, but we have the strawweight champion Carla Esparza defending against the former champion Weili Zhang. The card keeps getting better with Poirier vs Chandler and so many more. We’ll, of course, be giving you the lowdown on all the big fights, and also give you a live dog and a parlay that’ll make you plus-money. Don’t head to the books before listening to this segment. For this segment, all odds via FanDuel Sportsbook.

Closing out this week’s edition of TTP is an interview with UFC lightweight, Matt Frevola. He caps off our all-New York episode. The Huntington, New York-born Frevola is also excited to make the return to the Garden. In addition to sharing his love for fighting at home, he also talks about his love for travel and the sport helping him see the world. He digs into his trip to Abu Dhabi and the infamous ‘duffel bag incident’ that led to a late opponent change. Now, he’ll be fighting the original opponent from that card, Ottman Aziatar. All that, plus he shares why a draw was his favorite fighter ever.