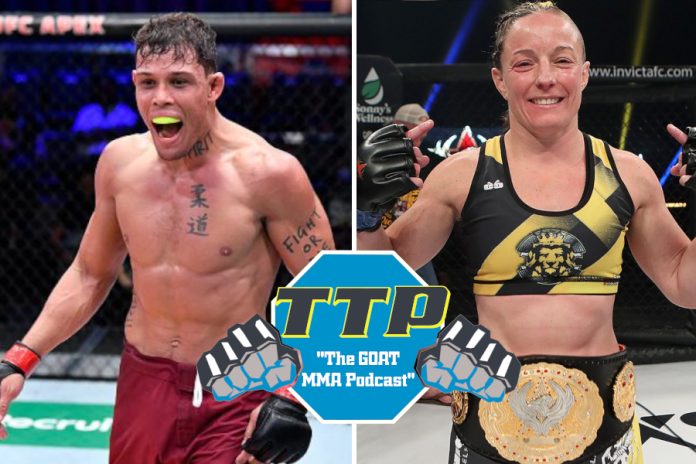 Kicking off this week of TTP is an interview with Caio Borralho. He shares all the latest about his team The Fighting Nerds. First, he discusses how the team got that name in the first place. Then he talks about what it was like to see the second member of his team, Bruna Brasil, get her UFC contract. Spoiler alert: Borralho was not quiet as it was happening. Plus, he’s digging into his upcoming UFC 280 matchup. He’ll be on the prelims for the first time in his career, but on an absolutely loaded card. He plans to make a statement with all those eyes watching him.

After another stellar week at UFC Vegas 62, we’re back breaking down UFC 280. As mentioned, this is as good as any card in recent memory, so we’ve got to give it the full ‘Fights, Dogs, and Parlays’ treatment. With Shockwave out of town for the week, popular show fill-in Kurt Chase-Patrick will be joining Gumby to give you his personal picks for the biggest fights on the card. This also means that you get double the underdogs and double the parlays – all for the same great price. For this segment, all odds via FanDuel Sportsbook.

Closing out this week’s show is an interview with newly crowned Invicta FC atomweight champion, Jillian DeCoursey. She chats about what she’s been doing since she had that belt wrapped around her waist for the first time. Plus, she shares some of the history behind her Twitter interactions and how it’s largely been a positive experience – even one that has inspired others. She also shares her feelings on immediate rematches and where that leaves her with former champion Jessica Delboni. Then she lays out what is coming next for her and when we can expect to see her again.