In the featured fight of the evening, undefeated Brazilian middleweight Bruno Ferreira was paired up with Italy’s Leon Aliu. Both men were proven finishers, resulting in the fight screaming fireworks.

We’ve got our picks and preview ready — read on!

Prediction: Footage isn’t great on both of these fighters, but both seem to fit the bill for the show. Between the pair they have a 100% finish rate and fourteen first-round finishes.

Both seem fine no matter if the fight is standing or on the mat. I do slightly favor Ferreira with the tape I watched. While Aliu has some clubbing power his technique is a little sloppy. Ferreira isn’t any technician but his punches are straighter and cleaner.

Ferreira is a judo and jiu-jitsu black belt so I’m thinking he has a better ground game too. Aliu can’t be slept on with his guillotine but in jiu-jitsu as a whole I favor Ferreira. 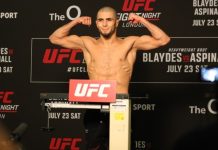 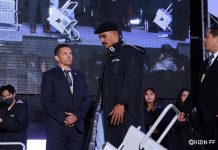