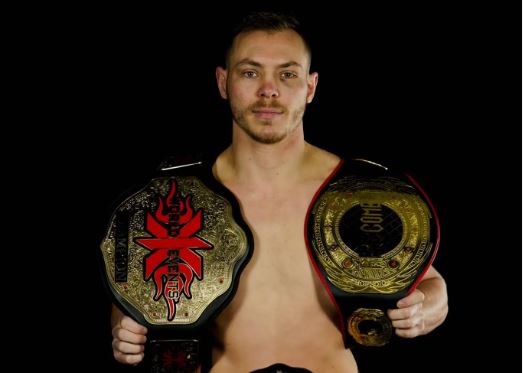 In November of 2019, Adam Fugitt stepped out of the cage in Salem, Oregon a winner. In the main event of PureCombat, he TKOed fellow prospect Devon Brock with a barrage of punches in the second round. The win was his third straight and was sure to put him in line for a big opportunity in the near future. Little did he know, nothing would be in the near future for his MMA career.

It’d be nearly twenty months before Fugitt got to make that walk again. The pandemic, combined with a number of other obstacles, discarded his potential fights left and right.

“It’s not for lack of trying, that’s for sure. We had five different fights lined up. Every one of them fell through the week of the fight,” Fugitt explained. “I think there was only one that fell through with three weeks left, and that’s the one I got COVID on. I had four fight camps. I was preparing.”

And all that prep work started to take a toll on the welterweight. While he loved the sport, not getting the chance to compete and build on that momentum was eating him up inside. Doubt started to creep in.

“There were some nights, going to sleep, I’d tell myself that the next day it’s time to put my working jeans back on and start trying to find something new,” he said. “But I’d wake up the next morning and the only thing I can really do to set my mind right and to make me whole again is to get back in the gym.”

So that’s what he’d do. He’d get to the gym and keep a familiar mantra in the back of his mind.

“When in doubt, get in there and train and be prepared,” Fugitt shared.

Finally, one of those fights actually came to fruition – a scrap in LFA with Contender Series veteran Solomon Renfro. Fugitt entered the bout a massive underdog, but scored the TKO in just 43 seconds.

While the feeling of being back in the cage was a huge relief, there was a new waiting game for Fugitt. News outlets and fans alike called for him to be signed to one of the big shows. Then the call came for UFC 277 this Saturday and the wait and doubt was no more.

“I got the phone call. I wish my reaction was better, but I kind of just sat there speechless,” he said. “This is actually happening?”

That fight will be happening this weekend, when Fugitt faces off with another highly touted prospect in Michael Morales. It’ll take place on the ESPN+ prelims of UFC 277 this Saturday.

You can hear the entire audio of this interview at 28:32. 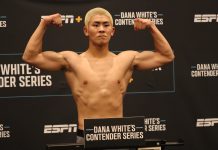