It was as close a fight as you have ever seen Valentina Shevchenko in during her flyweight run — but “Bullet” still walked away with the victory at UFC 275.

She also walked away with $30,000 U.S. worth of bitcoin, thanks to receiving one of three Fan Bonuses following the PPV event in Singapore.

Awarded in conjunction with Cyrpto.com, who oversee voting, the fan bonuses were introduced earlier this year. And Shevchenko picking up the biggest prize isn’t the first time they’ve been controversial.

Still, Shevchenko did win her fight, if by a slight margin. After the opening three rounds against Taila Santos, it appeared the champ might be on her way to her first loss since her bantamweight days. But thanks in part to an accidental clash of heads that hampered Santos’ vision, Shevchenko was able to battle back, doing enough in the final two rounds to get the nod on two of three scorecards.

Shevchenko received 15.8% of the votes for UFC 275, according to the official fan bonus page.

The remaining two Fan Bonuses at UFC 275 went to new light heavyweight champ Jiri Prochazka, and the victorious Weili Zhang. They pocket $20,000 and $10,000 in crypto, respectively. Prochazka battled through the better part of five rounds with Glover Teixeira, who was on his way to wining on the scorecards before the Czech challenger caught him in a late fifth-round rear-naked choke.

Zhang, meanwhile, floored Joanna Jedrzejczyk with a spinning backfist in the rematch of their 2020 classic. Jedrzejczyk retired after the fight; Zhang will move on to fight Carla Esparza for the UFC women’s strawweight championship, likely later this year. 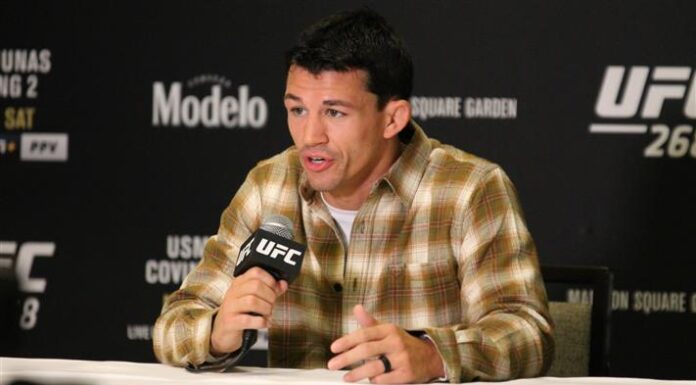 UFC 282: Raul Rosas Jr Says Perrin Is Just Like Everybody Else, Will Win...