A quick look at Josefine Knutsson’s record prior to her Road to the UFC bout, and she might appear to be one of the least experienced fighters on any of this week’s four cards. At just 3-0 she doesn’t appear to have logged all that much time throwing hands. However, that couldn’t be further from the truth. Knutsson had a long Muay Thai career that led to an amateur world championship and a slew of other martial arts experience (including an appearance in a K1 Grand Prix finals).

So why did someone with loads of success on the striking side of things decide to take her art to where she can be taken down? Why deal with wrestlers and jiu jitsu specialists when she’s out there striking with the best of them? The answer lies with the influences she’s had from her very first days in the world of martial arts.

“I come from a gym [Allstars Training Center] where MMA is the biggest martial art. I have big role models like Alexander Gustafsson, Ilir [Latifi], Khamzat Chimaev – so I’m training in that same environment every single day with these champions (in my eyes),” Knutsson said. “So for me [MMA] has always been in the back of my head. Like one day I’m going to go over to the bad side.”

Being in the presence of so many top MMA fighters at first was a tad intimidating. However, as time has gone by, she became more and more comfortable and inspired by all of the talent.

“It’s not like they are my sparring partners,” she said with a laugh. “In the beginning you are always a little bit starstruck, but we are club mates now… It’s really motivating.”

When asked who was the fighter she was the most starstruck by at the beginning, the answer came particularly easy to Knutsson. It was the legend of her home country that had her wide eyed.

“It has to be Alexander Gustafsson, when I started,” Knutsson said. “For me, he’s always going to be the legend and he also put Sweden on the map in the MMA world.”

But the influence of the Swedish legend, as well as several other top fighters, wasn’t enough by itself to push her to the so called ‘bad side’. While she had her eye on it for a long time, it was the global pandemic that helped her make the switch for good.

“When COVID came, I trained more and more MMA,” she shared. “It was the only option we had in training in that year, so I trained it every day.”

That year of training gave her the confidence to give the MMA world her full attention. Three spectacular fights later, she finds herself in a unique spot with a chance to impress Dana White and nab a UFC contract. However, she isn’t putting too much emphasis on the pressure that would inherently bring.

“I’m excited, but for me, I’m only thinking about the fight. In the end is always about the fight. It’s about doing a great fight and putting on my best performance ever,” Knutsson said. “When I get this big opportunity to fight for the UFC and maybe a contract, nothing is 100%. Everything can happen. If they like that they see, they like what they see.”

That fight for Knutsson takes place at Road to UFC 3 on Friday, June 10th. She’ll fight Ye Dam Seo, which can be seen on UFC Fight Pass.

You can hear the entire audio of this interview at 2:04. 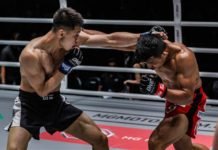 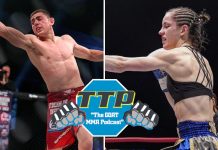