Well, this isn’t the sort of news you expect to wake up to. Former Strikeforce, PRIDE, and UFC heavyweight Alistair Overeem is set to make his professional wrestling debut against ex-WWE star Braun Strowman next month.

Could a showdown with longtime rival Brock Lesnar be far behind?

Strowman (a.k.a. Adam Scherr), now billed as “The Titan” after his WWE release last year, will face Overeem atop the WES — that’s Wrestling Entertainment Series — card on June 4 at the Motorpoint Arena Nottingham in the U.K., set to air on PPV via Fite.tv. The promotion’s world championship will be on the line.

Just under a year ago, Overeem was singing a very different tune about the world of pro wrestling. After growing up a fan of Hulk Hogan and others, “The Reem” went back and watched some highlights on Youtube.

Alistair Overeem was on #TheMMAHour and called #wrestling lame, stupid, makes no sense, and other words we choose not to repeat. pic.twitter.com/KNg1RbsOyS

Overeem caught flak for his use of homophobic language in the segment. He defended his stance on the show, saying “I’m just giving my opinion. Free country, right?”

More recently, following his release by the UFC, Overeem had signed on to face Rico Verhoeven at Glory: Collision 3 on 23 October 2021. However, Overeem’s hotly anticipated return to kickboxing was scuttled when he was forced to pull out of the fight due to injury. 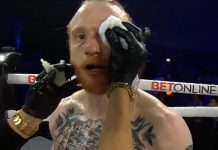 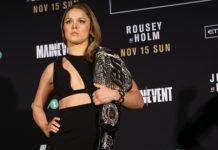