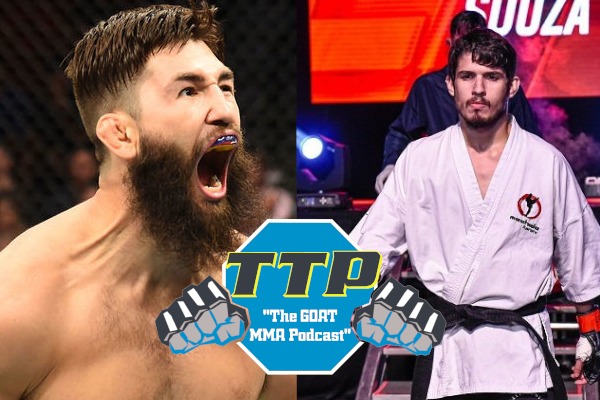 Before we dig into UFC London, we’re sitting down with Bryan Barberena. We discuss farming and the new techniques he’s trying out on the Bam Fam Farm. He talks about being sustainable and avoiding pesticides. Also, we discuss MMA! Barberena has a fight coming up with Matt Brown. He shared his initial feelings on it being canceled the first time and how worried he was that it may not get re-booked. Plus, we dig into what he loves about the match-up most and how excited he is to get the full crowd feel again.

**EDITOR’S NOTE: There were some technical difficulties in taping this session. We apologize for the reduced sound quality.

Gumby and Shockwave are riding a hot streak and you’re going to want to hop on board. After another solid week of picks last week, they’re on to UFC Vegas for the latest edition of ‘Fights, Dogs, and Parlays’. Who do they like in the heavyweight main event? What underdog do they have their eyes on? Who are they getting behind for their plus-money parlay? You’re going to have to listen to find out – but you knew that already, didn’t you? For this segment, odds via FanDuel Sportsbook.

To close out this week’s show, Gumby is joined by UFC featherweight Bruno Souza. They talk about his love for stand-up, but not the stand-up that you’re thinking of. We’re, of course, talking about stand-up comedy. Souza shares that he considered becoming a stand-up comic before being a fighter and why he ultimately didn’t go down that road. After all of that discussion, we get into the actual fight as well. Souza will be fighting Luis Saldana at UFC Columbus (one week after UFC London). He talks about what he likes about that fight and tries to get Gumby to stop talking about the fact that he’s also a Brazilian jiu jitsu black belt.