Jussier Formiga’s career in the UFC was an interesting one to say the least. Take a look at his last three fights, and you see three losses, two by finish.

Read a little more closely, and you see losses to a recent title challenger, a former champion, and a perennial contender in the UFC’s flyweight division. Then take a look at Formiga’s last two wins: they happen to have come against the current UFC flyweight champion, Deiveson Figueiredo, and the current Bellator MMA bantamweight champion, Sergio Pettis.

At 36, the Brazilian could very well be on a career-ending downswing. But Formiga no doubt hoped to prove otherwise in the main event of LFA 124 on Friday, where he was set to compete for the first time since his exit from the UFC in 2020.

Up against Formiga was Felipe Bunes, a fellow Brazilian and ACA vet who had recently snapped a three-fight skid.

Full results from LFA 124, which takes place at the Arizona Federal Theatre in Phoenix, AZ on Friday, February 11, 2022 can be found below. 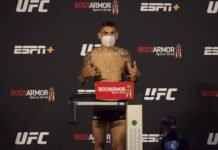 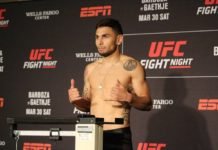 Jussier Formiga vs. Alex Perez Targeted for UFC 250 on June 6 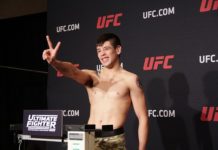