Middleweight Matej Penaz was born in and fights out of Brno, Czech Republic. With a 5-0 record that includes wins at light heavyweight, he’s a prospect that may very well be relevant in the near future.

Before even coming to MMA, Penaz competed in Muay Thai and kickboxing. In 2013 he won his first title, taking gold in the WAKO World Cup. Penaz also went on to win the WAKO European gold medal and gold in the WAKO World Championship. Penaz was back winning Muay Thai titles in 2015, all with UFC light heavyweight contender Jiri Prochazka in his corner. His success in kickboxing eventually led to him signing with Glory. There he went 3-1, with an overall kickboxing record of 23-3.

After fighting out his Glory kickboxing contract he decided to compete the Oktagon Underground tournament. For those unfamiliar, the tournament features a rule set that had elements of MMA with takedowns allowed and limited grappling allowed. He won three fights and while he was supposed to fight in the final, but Penaz was forced to pull out due to injury. After that, the Czech fighter was offered an MMA deal with the Oktagon MMA promotion and has been there since.

When Penaz made his MMA debut, it came under those custom rules and his early bouts were exhibition fights. Even though he could be taken down the fight would be stood right back up. That allowed Penaz to let loose and showcase his style. Although he was taken down a few times he scored a few takedowns of his own. Penaz did look great on the feet stopping two of his three opponents.

When Penaz made his pro debut in November of 2020, that’s when he was going to be truly tested. So far, he’s looked great. He’s answered a lot of questions in his five pro fights. He’s proved to be able to take a punch and durability going three rounds don’t seem like an issue. Penaz has been taken down but has got back to his feet every time. He’s even had a few good moments on top landing ground and pound. He started off fighting more experienced MMA fighters but lower-level opposition. In his latest fight Penaz battled with veteran Cheick Kone. Kone isn’t exactly a high-level fighter, but he’s had twenty-four more fights compared to Penaz.

When he’s fighting his fight, which is on the feet and with space, Penaz is a sniper shooting explosive rounds. Penaz does a great job fighting at his preferred range. He uses a long jab keeping opponents at the end of his punches. His one-two (in his case being the right-left) is deadly. All combined with his shot placement and hand speed. Penaz can be too comfortable in the pocket, but luckily he mostly fights in and out. He’s yet to end a fight with a kick but he’s insanely quick throwing the head kick. Penaz is a dangerous striker that can finish the fight at any point.

There’s still a lot to determine about Penaz’s overall ground game. Yes, he’s been taken down but hasn’t really had to fight off his back. Penaz has done a good job getting out from underneath his opponents but hasn’t really fought a good wrestler in order to be fully tested. Fighting for Oktagon he’ll continue to be put to the test, and fight for fight he should develop into a great prospect. 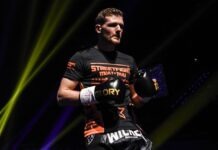 From Kickboxing to MMA: Which Fighters Could Make the Jump Next? 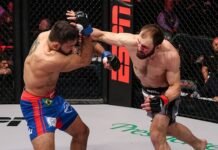