UFC officials recently revealed that England’s own Jai Herbert (11-3) will face Mike Davis (9-2) at the Fight Night event. The bout is expected to take place in the lightweight division.

Herbert, a former Cage Warriors champ at 155 pounds, picked up the first win of his UFC career in his last outing. After starting his run with the promotion 0-2, he stopped Khama Worthy by TKO last October.

Davis has won two straight, including a Fight of the Night performance last time out. That saw “Beast Boy” win a unanimous decision against Welsh fighter Mason Jones. Davis missed all of 2020, but also had a KO of Thomas Gifford in 2019.

UFC London is set to take place on March 19, 2022 at the O2 Arena in London, England. The main event features heavyweight action between Tom Aspinall and Alexander Volkov; the following fights have been reported for the card thus far: 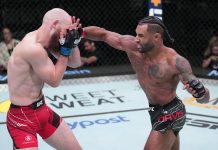 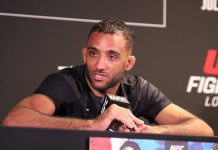