Promotion officials announced the signing in a press release on Thursday. Terms of the deal were not disclosed, but Breese (12-3) will make his promotional debut opposite David Ramires (8-4) at the event.

Tom Breese competed for the UFC between 2015 and 2021, amassing a 5-3 record during that span, which also included over a year and a half on the shelf due to injury. Most recently, Breese came up short against Omari Akhmedov at UFC on ESPN 20, submitting to an arm-triangle choke.

During his run with the promotion, Breese also faced Sean Strickland and Brendan Allen in losing efforts, and earned wins over KB Bhullar, Cathal Pendred, and Dan Kelly among others. The U.K. fighter earned three Performance of the Night bonuses during his time with the UFC.

Breese is also a former BAMMA welterweight champion, a title he captured in 2012.

David Ramires has won his past two fights, including a 35-second knockout of Mohamed Ghalab at LFL 3.

Breese vs. Ramires will serve as the main event of Levels Fight League 4, which takes place in Amsterdam, The Netherlands. The event will be available to stream via LFLMMA.com. 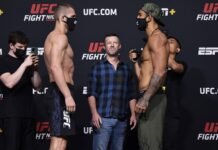 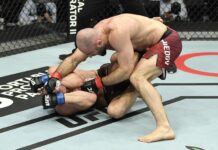 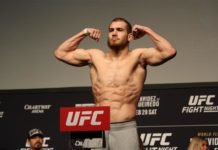