UFC welterweight Matthew Semelsberger has some very fun fights in mind for 2022.

2021 was a great year for Semelsberger (9-3). While it was technically his sophomore year in the UFC, he barely crossed the one-year mark by the time he fought his fourth fight with the promotion. Okay, that might have been a little hard to understand. While on paper, it was his second calendar year with the company, he made his UFC debut in August of 2020. By the time he’d captured his most recent win, it was September 2021.

“Semi the Jedi” started his 2021 out by knocking Jason Witt out in 16 seconds at UFC Fight Night: Edwards vs. Muhammad, picking up a Performance of the Night bonus. Three months later, he faced red hot prospect Khaos Williams; in that outing, he lost a close unanimous decision.

Semelsberger ended his year by knocking out Nick Diaz’s training partner Martin Sano in 15 seconds at UFC 266. He also finished his year with a new multi-fight contract with the UFC,  which means the world to him, he told Cageside Press recently.

“Now it’s time for me to really step everything up. I have a brand new, big opportunity in front of me. I signed a multiple fight deal, so I have multiple opportunities ahead of me where I can display my skills, and do what I do, and do what I love to do. It’s awesome, man. I’m super grateful, super blessed to be in the position I’m in. I’m excited, man. Super excited.”

After having a great 2021, Semelsberger is looking forward to fun fights in 2022. In an exclusive interview with Cageside Press, we asked if a fight with Niko Price is something he would consider, and of course, that’s a name he’s like to scrap with. However, he also had a name that he is ready to fight.

“I’ve heard multiple people have mentioned Niko for me. Hell yeah. Yes, I would really not say no to anyone for a fight. Honestly, and I’ll put it this way as a disclaimer: I don’t make decisions for fights, solely alone. I mean, it is my decision at the end of the day, but I’m the type of person — I’m a family man, I’m a friends person, I’m a team-oriented person, mainly from football, so I want to make  sure everyone is on board with everything,” Semelsberger said.

“With that said, I don’t really have anyone necessarily in mind. Niko would be cool. Ian Garry is looking really good; he’d be a really fun guy to throw down with. But yeah, I’m ready for whoever. I just want to be challenged. I want to be challenged by experienced guys. Guys that have been through it and have experienced records, who have fought multiple guys from all over the world. I just want the variety, man. I want to fight a man from every continent by the end of my run in the UFC. I’m excited; I just want to get a fight. Honestly I’m just waiting for a name.”

Semelsberger added that he’s targeting mid-February onward for his return. “Whether it’s short-notice, or I get a call tomorrow and get something set up for March, or something like that. I’m ready for basically mid-February on. I’m ready to get a fight, and I want to fight three, four times in the year if I can.”

Watch the rest of our interview with Matthew Semelsberger above, where he talks about his football career, his 2021, what’s next, his nickname, love for comics and so much more. 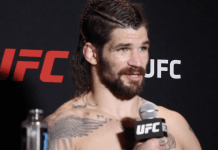 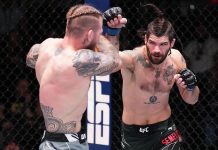