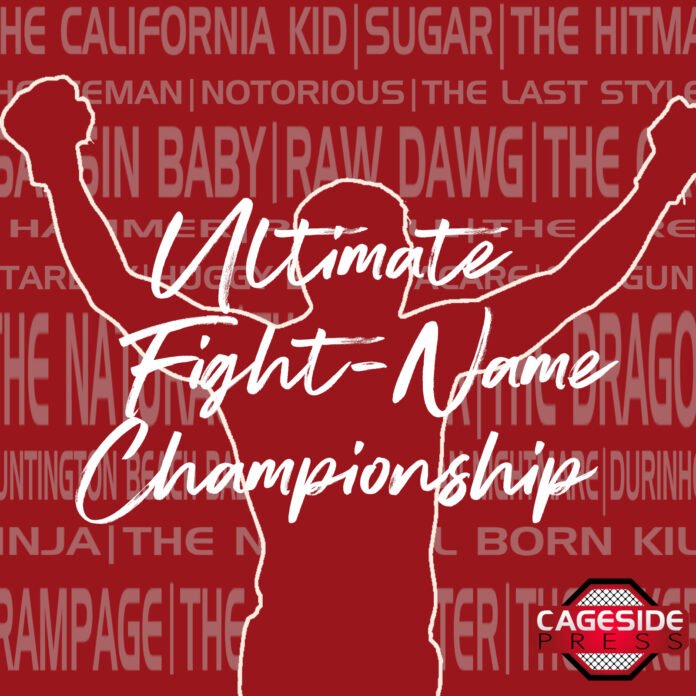 We released the first bracket yesterday and you can find the brackets (and results when they come out for it) right here. For the second bracket reveal, we’re giving you the iconic bracket. This bracket is filled with those nicknames that are recognizable to every fan. Most are older fighters who have retired, but a few modern names snuck in there as well. There are also a load of fighters that basically use their fight-name as their actual name.

With each and every round, you can follow along and vote on our Twitter account or on our Instagram. And, of course, if we left out a fighter you think should have made it into the bracket, let us know on those socials or in the comments. Also, stay tuned for the other brackets coming out soon. Without further ado, the Iconic Bracket: 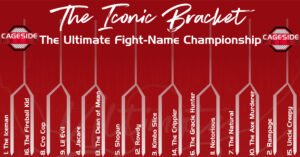 Remember to keep an eye out for the future rounds.