What a fight cap off an entertaining night at the Apex as the UFC Vegas 44 main event.

Rob Font vs. José Aldo was one of those hotly anticipated fights where you just couldn’t wait for the octagon door to close behind both competitors. All the predictions and breakdowns went out the window as two of the UFC’s best Bantamweight fighters looked to continue their impressive winning streaks.

Rob Font was well on his way to being the next man in line for a title shot, and it looked like the only man in his way to rising to number one contender was José Aldo. If Font could get past a former champion like Aldo, his resume would be complete enough to stake a claim as the next contender for the Bantamweight title.

Critics seemed to write José Aldo off after his losses to Max Holloway, many thinking it could have been the last we saw of the King of Rio with a UFC belt wrapped around his waist. However, Aldo seemed to have sparked an amazing return to title contention with this inspirational resurgence down in the Bantamweight division. A win over a tough opponent like Rob Font could mean that we might witness another fight with José Aldo headlining and attempting to capture gold once again.

Rob Font and José Aldo left it all in the Octagon, trading power shots until both men’s faces showed the damage from all the vicious strikes that landed. For once, it was a fight that lived up to the hype, and possibly even surpassed it. Aldo weathered Font’s early onslaught and made him pay for all the pressure with his own violent boxing. The fight went to the judges with Aldo getting the decision victory. Both men gained a standing ovation from those inside the UFC Apex thanks to their five round war.

Check out how the pros reacted to the UFC Vegas 44 main event!

The King of Rio! A legend in every way. Congrats champ 🤙🏻 https://t.co/AKvvB0rKHp

The king of Rio is the man! @josealdojunior what a fight. Hard fight and so much heart from @RobSFont

Aldo vs tj next

What a fight?! Amazing! So amazing! So much heart shown tonight by both fighters. So happy I was able to watch that live. 💕 #UFCVegas44

He does it again. What a stud @josealdojunior #ufcvegas44

Aldo’s moments were bigger than Robs consistency throughout the fight. Great heart by both men! #UFCVegas44

What a Legend Jose Aldo is 🙌🏽 #UFCVegas 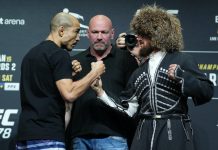 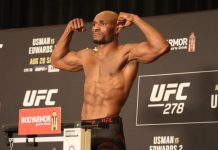 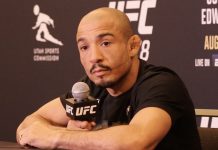