Las Vegas, NV — Coming off two decision wins ahead of UFC Vegas 44, Claudio Puelles admitted that “I feel like I needed a finish, and that’s what I got tonight.”

A impressive finish at that. After being up, most likely, two rounds on the scorecards, the Peruvian fighter stayed after it, and submitted opponent Chris Gruetzemacher with a kneebar in the third round of their preliminary card lightweight fight.

The win improved Puelles’ streak to four straight, dating back to 2018.

Despite securing the submission in the end, Puelles gave credit to Gruetzemacher’s grappling defense. “He was doing good defense. His corner knew I’m good at leg locks, because they were telling him what to do, and he was doing very good,” he said following the fight, speaking to media outlets including Cageside Press backstage at the UFC Apex. “He was putting weight on the leg, because sometimes when you run from the leg lock, you trap yourself more, deeper.” Puelles had been looking for a heel hook, but instead rolled through, and Gruetzemacher moved right into the kneebar. “Alright, I’ll take this.”

For Puelles, it appears he’s set a record. “Somebody just told me I got my own record. I’m the only UFC fighter with two kneebar finishes. Should be three, I got one on The Ultimate Fighetr too.” 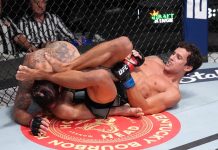 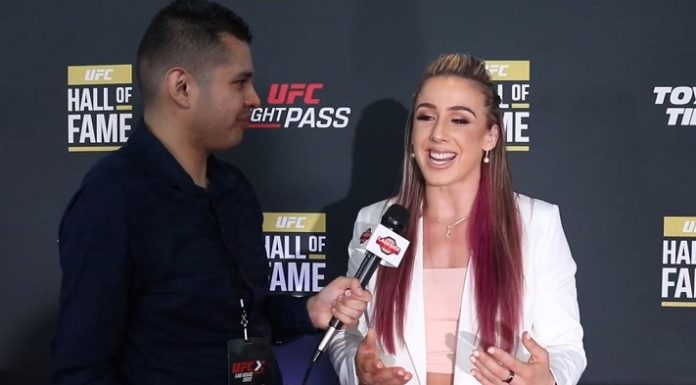